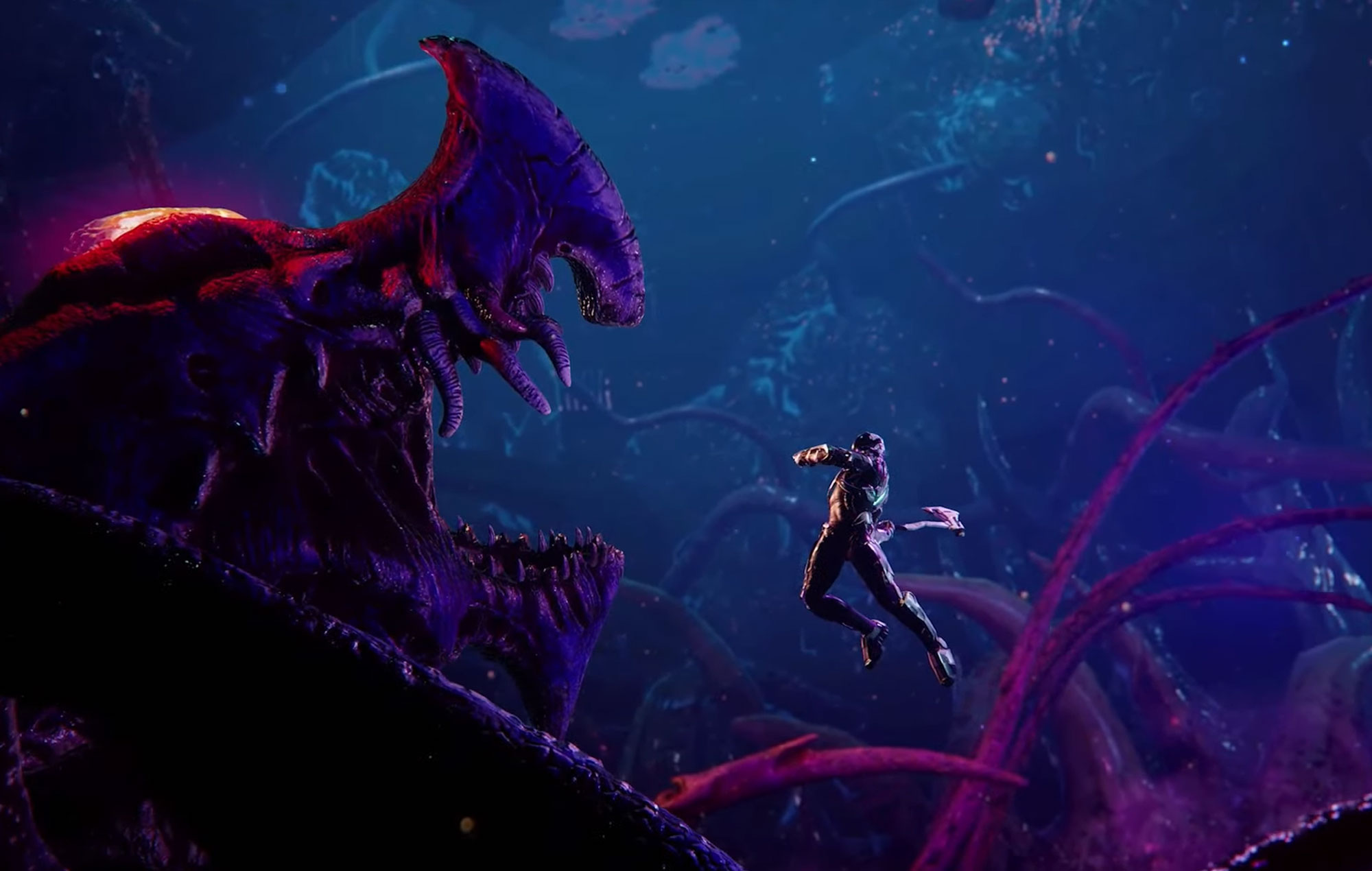 During the Koch Media stream at E3, sci-fi shooter Dolmen premiered with an action packed trailer.

The trailer showed off some intense combat on an alien world, and is apparently mainly inspired by ‘hardcore’ games from the souls-like genre. The game will be a third person action title.

Gabriel Neves Ferreira, the CTO and Lead Programmer at Massive Work Studio detailed exactly what players can expect from this upcoming title. Dolmen draws primarily from games like Dark Souls and Bloodborne, with a setting he Ferreira described as akin to Dead Space.

Ferreira also made it clear that this is going to be a hard game, which he liked to it’s souls-like influences saying “You’re going to die a lot.”

He added: “You’re going there to help a company save its investment, you’re not really the nice guy going there to save everyone, it’s just a job.” You’ll also be tasked with saving the Drillers, the alien species that lives on the planet where the game is set.

Ferreira explained where the name Dolmen comes from. It means a single-chamber megalithic tomb, and Ferreira suggests this will be a huge part of the game’s narrative and universe.

In other news, Respawn Entertainment has announced that Star Wars Jedi: Fallen Order has had its next-gen upgrade released today.

The update will be free for owners of the PlayStation 4 and Xbox One versions, or available to buy separately. Owners of physical copies can contact EA via their help site and provide their account information to get the upgrade for free as well.