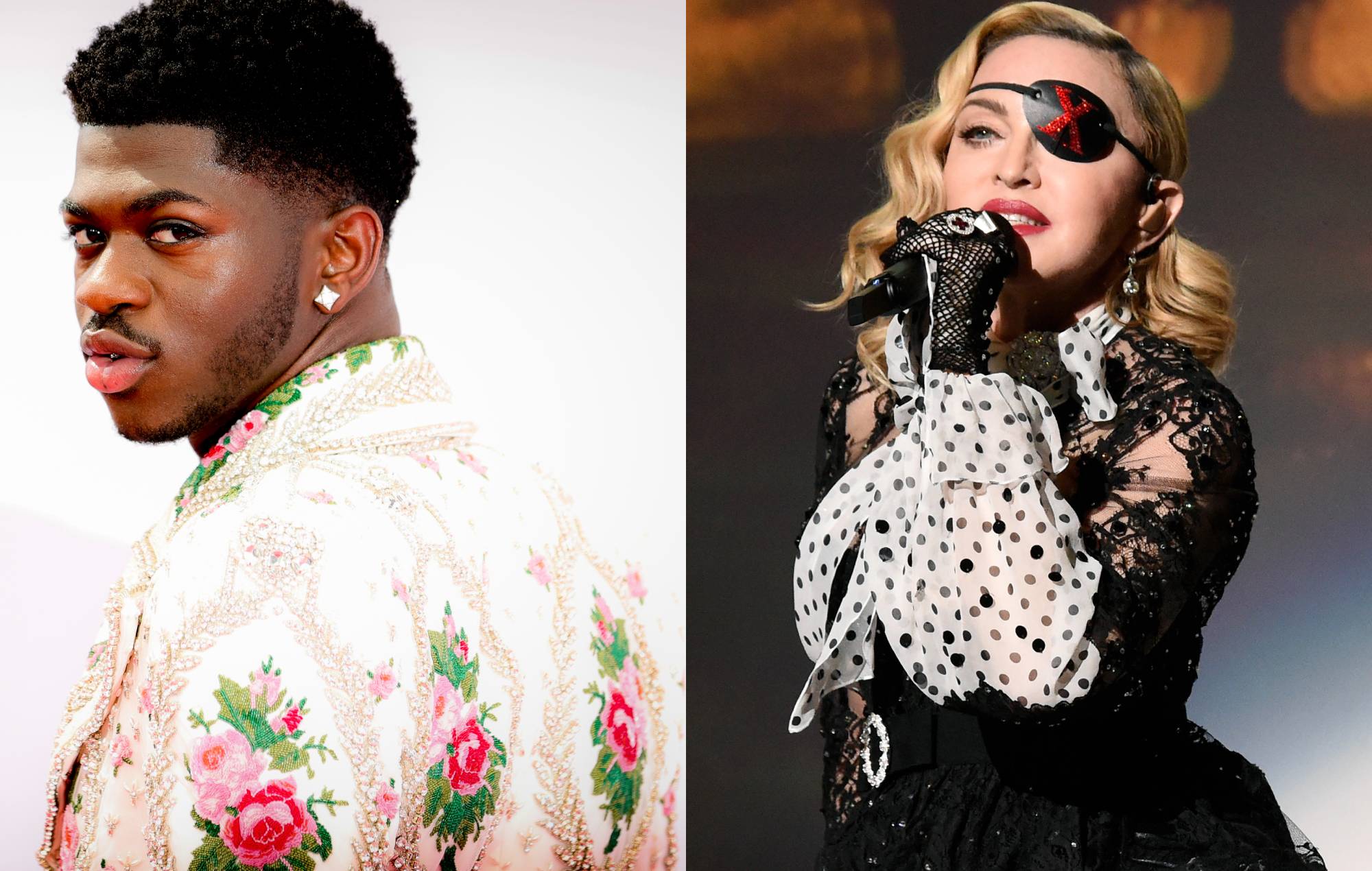 Lil Nas X has defended Madonna after the singer faced criticism for comparing the rapper’s kiss with a backing dancer to her kiss with Britney Spears in 2003.

On Sunday (June 27), the rapper shared a passionate kiss with a dancer during his Egyptian-themed performance of ‘Montero (Call Me By Your Name)’ at the BET Awards 2021.

Posting on her Instagram Stories feed on Monday (June 29), Madonna uploaded a screenshot of the moment above a still from her infamous performance with Spears and Christina Aguilera at the 2003 MTV VMAs.

The ‘Madame X’ star sang a mash-up of ‘Like A Virgin’ and ‘Hollywood’ alongside Spears and Aguilera at the ceremony. She went on to kiss the pair before introducing Missy Elliott to the stage.

“#DidItFirst,” she captioned the snap.

me and madonna are friends. it’s just a joke.

While Madonna faced backlash from fans who accused her of undermining a pivotal LGBTQ+ moment on television, the rapper has now played down her comments.

Responding to a post from Pop Crave about Madonna’s hashtag, Lil Nas X wrote, “Me and madonna are friends. It’s just a joke.”

Fans subsequently shared a video from 2019, where Lil Nas X attended Madonna’s Madame X concert and the two had a conversation in front of the audience.

“I wish you all of the best … Work hard, earn it baby,” she said to the rapper, who quickly responded, “I promise you, I will.”

It comes after Madonna made a surprise appearance at a Pride party in New York last Thursday night (June 24). She played two songs at the event held at The Standard hotel’s Boom Boom Room and raised over $100,000 (£72k) for LGBTQ+ organisations.

Meanwhile, Lil Nas X has shared a trailer for his forthcoming debut album ‘Montero’. In the caption, X teased that the record would be “COMING SOON!”.