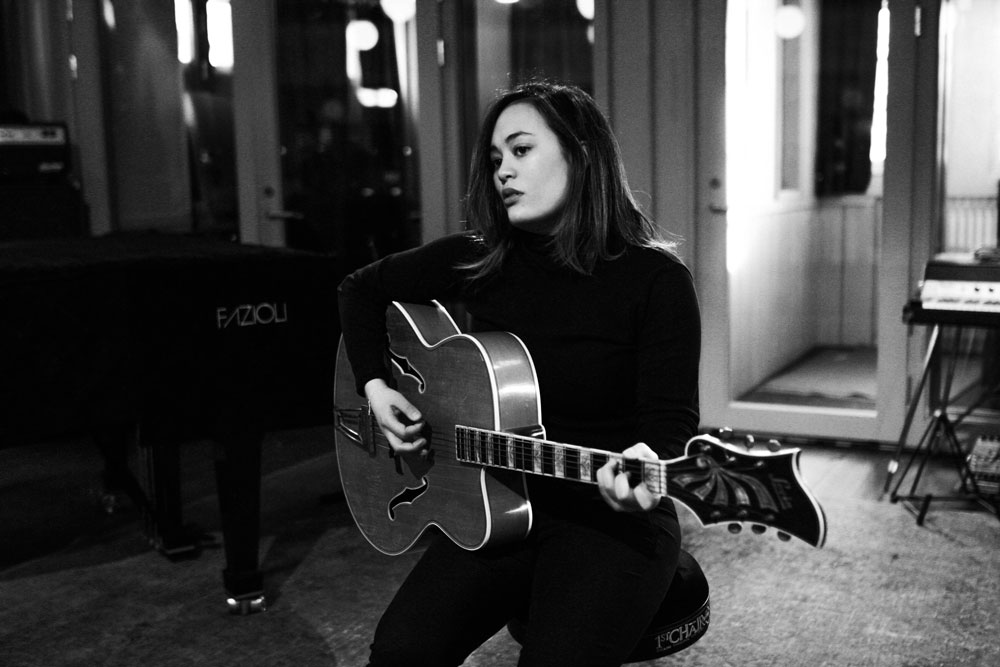 With her raw voice and emotional vocals, Marlene Oak manages to move her audiences like few other artists can.

Growing up on a small island outside Stockholm, singer-songwriter Marlene Oak turned to music as her escape. After spending her teenage years busking on the streets of the Swedish capital’s Old Town, she first got discovered by someone who simply happened to pass by. After releasing a couple of songs, she has gone all in as a live artist, and built her following on the pub and festival stages around the country. Marlene Oak has enchanted audiences with her folk-rock melodies as the opening act for Miss Li, Whitney Rose, Susto, and she has been a part of the lineup at festivals such as Way Out West, STHLM Americana and Irisfestivalen.

“My favorite part about being a music creator is playing live. When you play live, there’s something magical happening. Music in itself is magic, and when you stand there and sing your self-written songs, an invisible bond between me and the audience sort of forms. There’s some sort of connection that’s like nothing else I’ve ever experienced. It’s truly amazing” says Marlene Oak.

With a soothing voice that expresses raw emotions, Marlene Oak manages to move her audiences like few other artists can. Influenced by her idols Bob Dylan, Jeff Buckley, Joni Mitchell, Nina Simone and Janis Joplin – one can sense a timeless spirit in her songs.