Pioneers of new wave, post-punk, goth, and 80’s alt-rock will come together for a one-day festival called Cruel World.

Coachella producers Goldenvoice are putting on the event, which is scheduled to take place on Saturday, May 2nd at the Dignity Health Sports Park in Carson, California.

Morrissey, the reunited Bauahus, Blondie, Devo, and Echo & The Bunnymen headline the lineup.

Also confirmed to play are The Psychedelic Furs, Violent Femmes, Public Image LTD., Gary Numan, Marc Almond, The English Beat, Cold Cave, She Wants Revenge, and The KVB, among others. 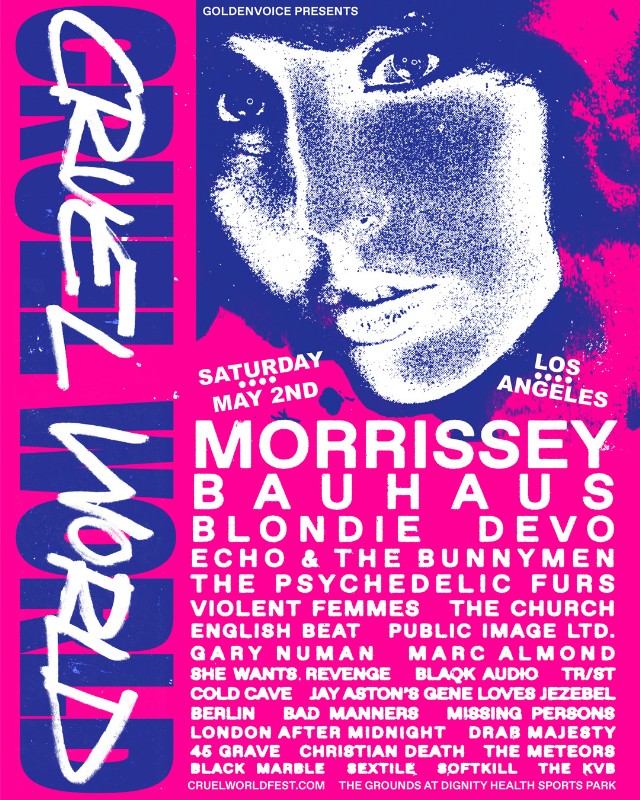