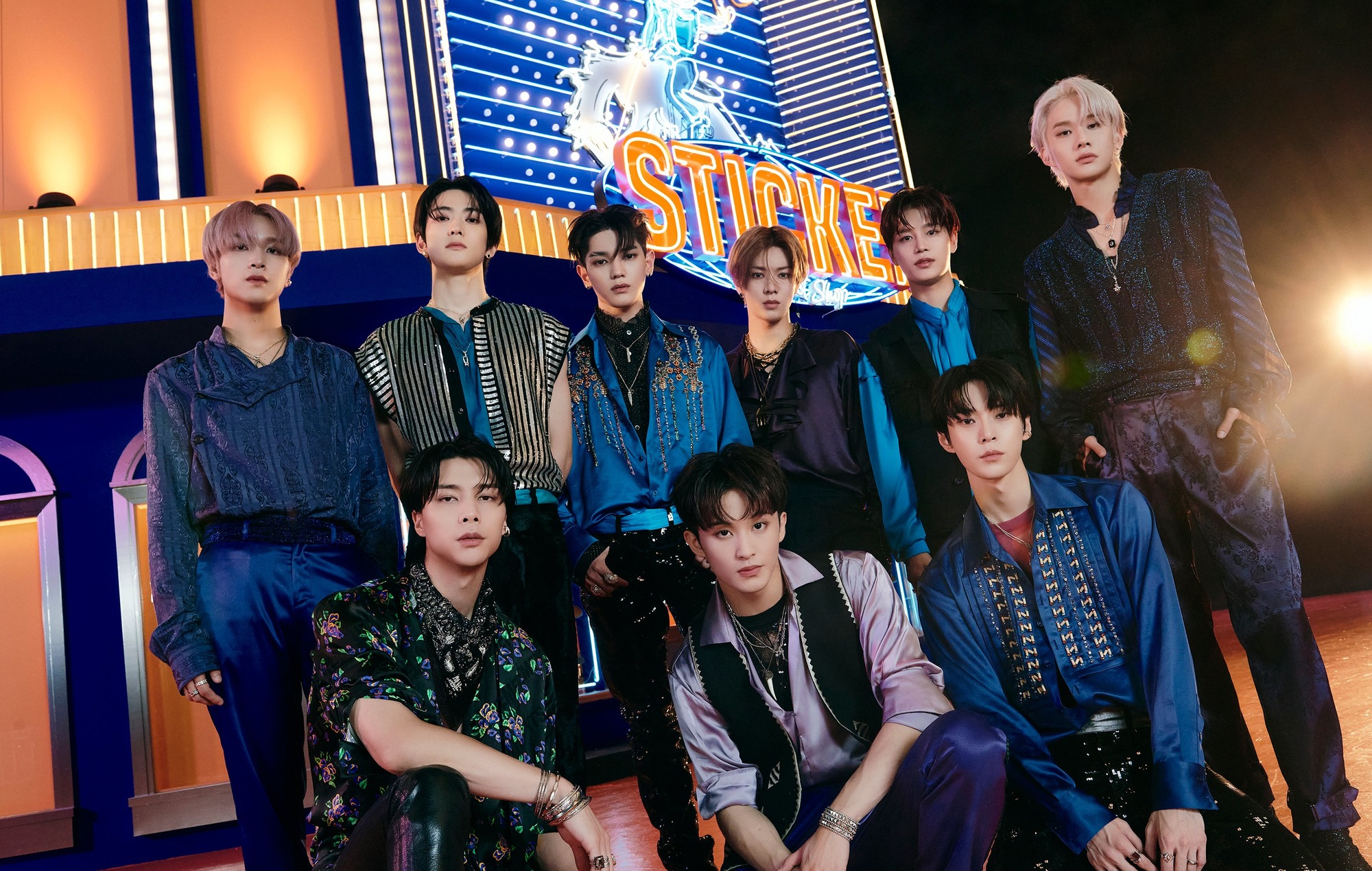 NCT 127 have dropped the music video for their latest single ‘Sticker’, from the group’s new album of the same name.

In the clip, the K-pop boyband play futuristic cowboys who rule the streets of a Las Vegas-esque city, which is filled with buildings covered by neon-lights and signs. The nine-member group also showcase the song’s sleek choreography, and ends with rapper Mark holstering two pistols.

“Like a sticker, sticker, sticker / Forget about the troubling world / Just write down the history of you and me / Don’t say much other than ‘I love you’ / If I’m right, throw your hands up,” they sing on the chorus.

‘Sticker’ is the title track of the group’s new studio album of the same name, which also includes previously teased tracks like ‘Lemonade’, ‘Road Trip’, ‘Magic Carpet Ride’ and ‘Dreamer’. The record is also be NCT 127’s third Korean full-length record to date, following ‘Neo Zone: The Final Round’ in 2020 and ‘Regular–Irregular’ in 2018.

Prior to its official release, ‘Sticker’ had already sold over 2million copies through pre-orders alone, according to SM Entertainment, per The Korea Herald. The album had garnered 1.3million pre-orders on the first day of its availability last month.

In other NCT news, NCT and WayV members Ten and YangYang recently shared their thoughts on their English-language single ‘Low Low’, which was released last month. “I think ‘Low Low’ won’t be the last time, maybe next year?” YangYang hinted. “I hope they’ll take our references and we can show our heavier hip-hop side.”

Meanwhile, the group’s leader Taeyong has collaborated with labelmates EXO‘s Baekhyun and Red Velvet‘s Seulgi on the songs ‘Monroe’ and ‘Rose’ respectively. The rapper also recently unveiled ‘Swimming Pool’, the latest solo track in a string of SoundCloud releases.