Just as they’ve done with pretty much everything else, Netflix has well and corned much of the market on comedy special. Now, they’re swinging their considerable weight around the field even more with the newly announced Netflix Is a Joke Fest, a comedy festival set to take place April 27th through May 3rd across Los Angeles.

Unsurprisingly, the lineup of over 100 performers is stacked with big-name stars, many of whom already have Netflix specials or shows. A mix of stand-up, improv, podcast tapings, and showcases, Netflix Is a Joke Fest will host individually ticketed shows, meaning there won’t be a festival badge that gets you into everything. That said, 11 of the events will be recorded for eventual streaming on Netflix.

Dave Chappelle will lead the appropriately titled Chappelle’s showcase, a mix of comedy and music, on May 2nd at the Hollywood Bowl. Other showcases will come from Jamie Foxx, Martin Lawrence, Amy Schumer, and the all-star tag team of Jane Fonda and Lily Tomlin, all of whom will set up shop at the Palladium between April 29th and May 2nd.

My Next Guest Needs No Introduction host David Letterman will hold two That’s My Time shows at the Fonda Theatre. Set for April 28th and 29th, the shows will feature both stand-up and interviews. On May 1st, the Orpheum will welcome the cast of Schitt’s Creek as part of their farewell tour, while Kevin Hart will hold a special Q&A event at the venue on May 3rd.

Netflix Is a Joke Fest’s big finale will take place May 3rd at the Ace Hotel with The Hall, a tribute to legendary comedians George Carlin, Richard Pryor, Joan Rivers, and Robin Williams. Guests for the culminating show will include Chappelle, Silverman, Sykes, Hart, Billy Crystal, Whoopi Goldberg, Chris Rock, and Jerry Seinfeld.

A full schedule of shows and events is available at the Netflix Is a Joke Fest website, with many of the lineups being announced in the coming weeks. Tickets go on sale March 6th, with pre-sales live on March 3rd. You can check via Ticketmaster, and find access to sold out events here. 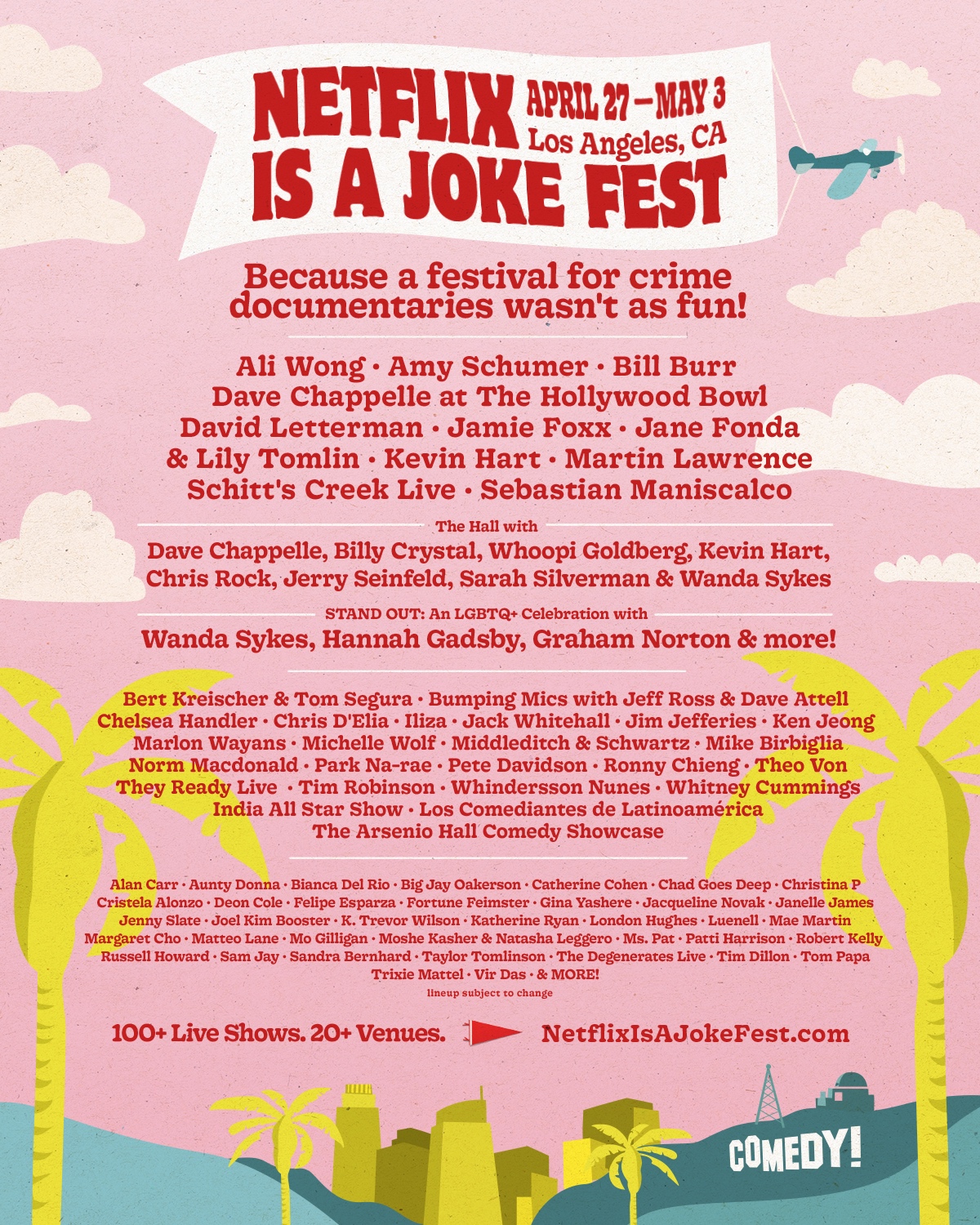