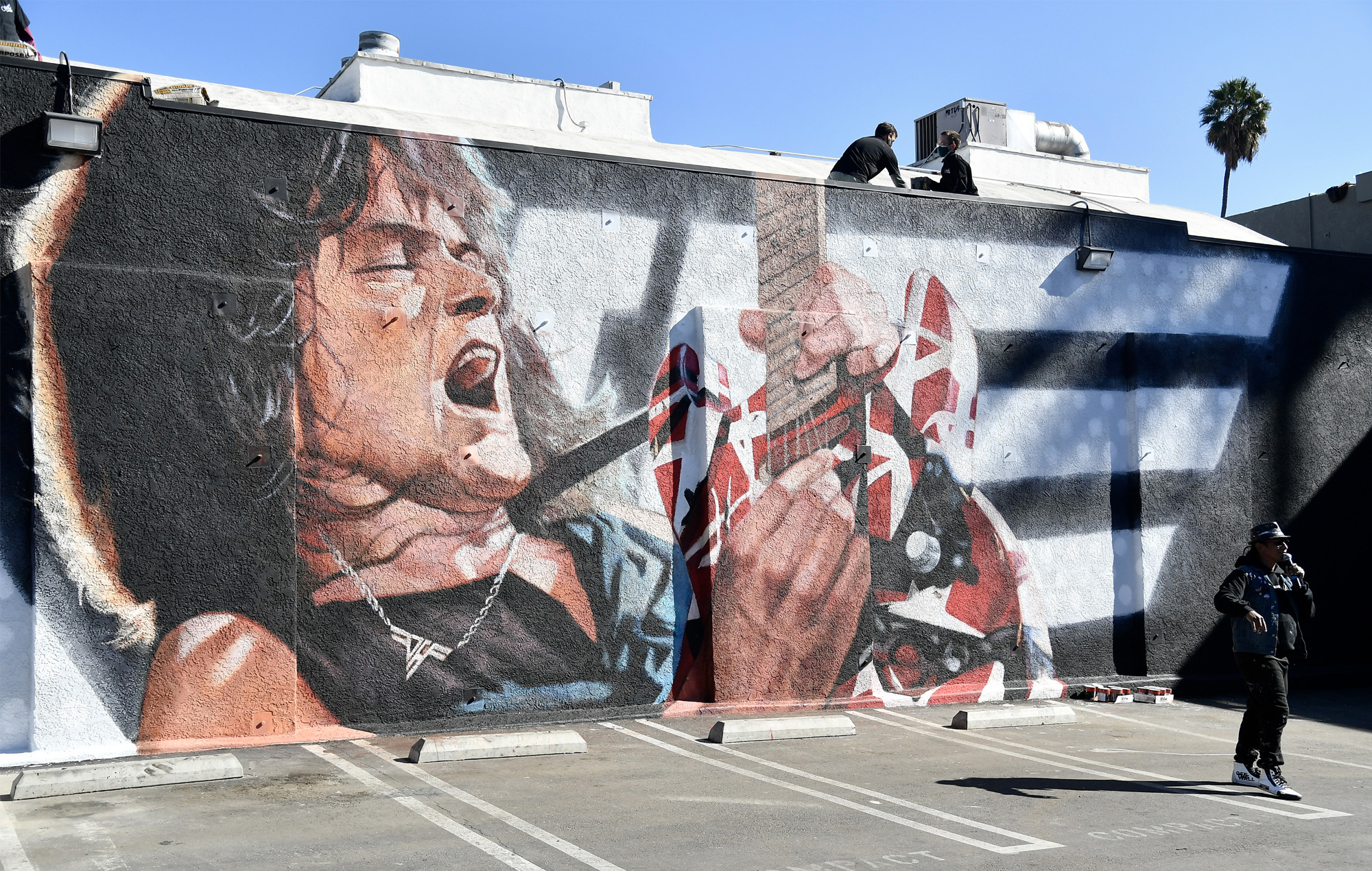 A new mural honouring Eddie Van Halen was unveiled on January 26 to mark what would’ve been the late guitarist’s 66th birthday.

This latest tribute to Van Halen follows on from his passing in October following a battle with throat cancer.

LA artist Robert Vargas is the creator of the mural, which depicts Van Halen playing his signature “Frankenstrat” guitar. Located on the outside wall of Guitar Center’s Sunset Boulevard store in Hollywood, Vargas has christened the artwork “Long Live The King”.

“I am beyond excited to create this mural of one of my all-time creative heroes, @eddievanhalen,” Vargas said on Instagram earlier this month about the commission. “This mural is truly for the fans and a celebration of my favourite rock band, @vanhalen’s legacy.”

Earlier this month, a new range of EVH guitars was announced in honour of the late guitarist.

In a statement announcing the new guitars, EVH spoke of Van Halen’s influence: “The industry saw record guitar-playing interest in 2020 but also sadly said goodbye to one of the most innovative and influential players of its time.

“Eddie Van Halen’s singularly inventive style inspired an entire generation of players. He innovated not only in how he played but what he played and what he played through by creating some of the greatest guitars and amps the world has seen and heard.”