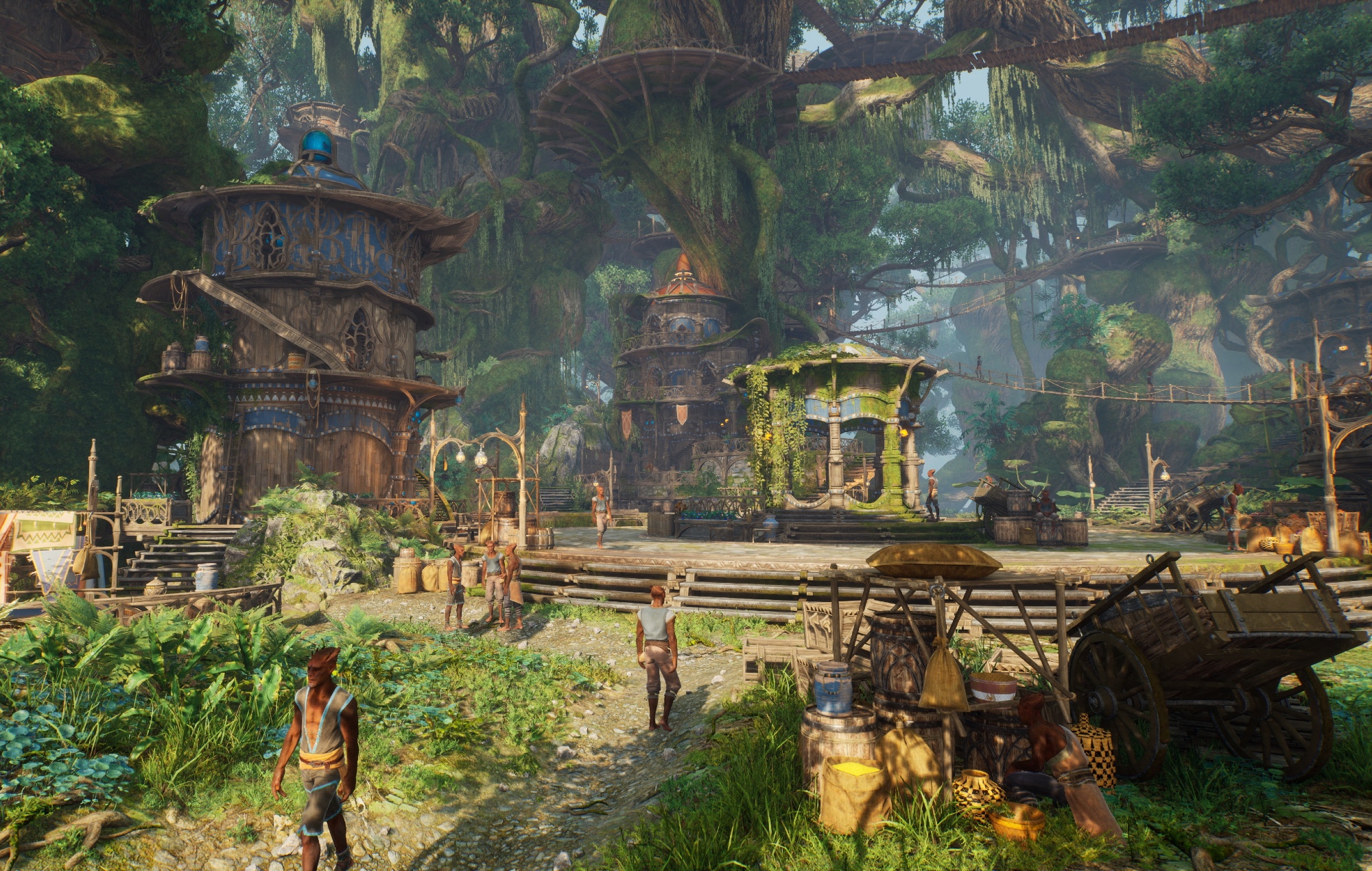 THQ Nordic has revealed Outcast 2 – A New Beginning, a sequel to the original 1999 game that takes protagonist Cutter Slade back to the planet of Adelpha to save the alien inhabitants from invasion.

While there’s no official release date, Appeal Studios – the same studio that created the first Outcast – is currently working to release the game on PC, PS5 and Xbox Series X|S. The original game director, art director and composer from the first game are returning to continue their work, and are “keeping an eye on what made the first game special”.

Set twenty years after the first game, players land back in the shoes of tough guy Cutter Slade, a “friendly neighbourhood invader slayer” who Appeal Studios described as “Bruce Willis in [an] Apocalypse Now situation”.

An open-world action-adventure with “a rich single player experience”, Outcast 2 follows Slade as he fights through a “big, open world” to protect the alien populace from a brutal corporation-led invasion. To do so, players will be able to get their hands on a jetpack and futuristic, modular weapons to “organise a resistance, rescue the people, and get rid of the invaders”. Furthermore, the story will feature “dynamic plot progress based on player actions”.

Speaking at a press event, Appeal Studios said “at heart the game is a third-person shooter, but with a dynamic world the game is much more than that”.

A gameplay trailer showcases a vibrant world with a variety of jungle and mountainous environments, and although the storyline sounds grim, developers have added that there are plenty of “dark and gritty sci-fi games out there, so with Outcast we wanted to go in a different direction”.

Outcast 2 – A New Beginning has been in development since 2018, and is reportedly “closing in on alpha” right now. Appeal Studios has said that it will announce a scheduled release “at a later date”.

In other news, the developers behind Victoria 3 have defended the inclusion of slavery in their historical strategy game.

The post ‘Outcast 2’ trailer returns to Adelpha for another open-world sci-fi adventure appeared first on NME.