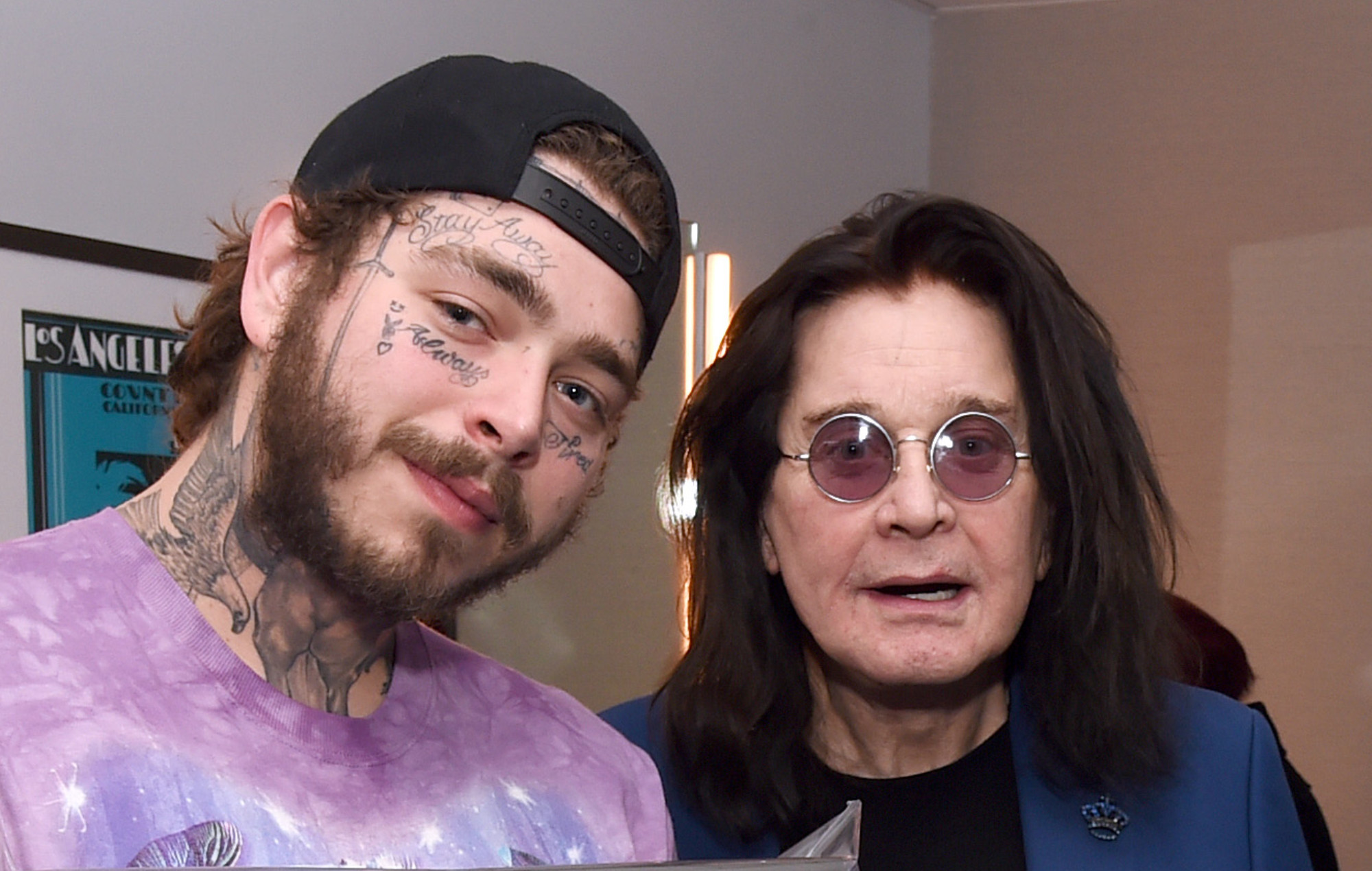 Post Malone has recalled how he felt meeting Ozzy Osbourne for the first time, saying the moment was “absolutely fucking mind-blowing”.

In newly release footage from Malone’s upcoming documentary Post Malone: Runaway, the artist is seen hanging backstage before his show in Los Angeles on November 21, 2019, where he has his first encounter with Osbourne – a longtime idol of his.

“Good to see you, how are you? You look great,” Malone says as he approaches Osbourne, the pair shaking hands. “Are you excited?” Malone asks, with Osbourne replying: “Yeah, yeah, yeah.”

Malone then asks: “You ready to party?” to which Osbourne replies with only a chuckle and a grin.

As Malone describes the moment in a voiceover: “I was nervous meeting him, not as much performing [with him]. Meeting him is terrifying, ’cause, you know, what the fuck do you say to Ozzy Osbourne, you know? ‘I like your pants’!? You have no idea what the fuck to say to him.”

With Osbourne surprising fans at the show, appearing onstage seated in a throne, he and Malone performed their collaborative single ‘Take What You Want’. The live rendition of the track – which featured Osbourne and Travis Scott upon its release in 2019 – was later shared to Osbourne’s official YouTube channel.

Later that month, Scott joined the duo onstage at the 2019 American Music Awards, where they performed the song as a trio. An Osbourne-Malone collaboration happened again in 2020 with the release of ‘I’m A Raid’, featured on Osbourne’s album ‘Ordinary Man’. “Being able to work with one of the biggest dudes in rock ‘n’ roll history, it’s pretty badass,” Malone says in the Post Malone: Runaway trailer of working with Osbourne.

Post Malone: Runaway will debut exclusively on Amazon Freevee this Friday (August 12). The documentary follows Malone – real name Austin Post – on his 2019 North American tour, which he embarked on in support of his third studio album, ‘Hollywood’s Bleeding’.

In an interview featured in the film’s trailer, Post says: “Sometimes I feel like I’m not a real person. I’m a goofy kid, I like to have fun, but it’s awesome that people still want to hear what’s next, the evolution. I make this music for everybody else, but everybody gives the same feeling back.

Post’s fourth studio album, ‘Twelve Carat Toothache’, was released back in June. The album featured several collaborators, including Doja Cat, Fleet Foxes‘ Robin Pecknold and The Kid LAROI, who respectively appeared on the songs ‘I Like You (A Happier Song)’, ‘Love/Hate Letter To Alcohol’ and ‘Wasting Angels’.

In a four-star review of ‘Twelve Carat Toothache’, NME‘s Rhian Daly noted how Post “finds a new path forward” with the release. She wrote: “The occasional outdated attitude and some light filler material here and there aside, ‘Twelve Carat Toothache’ is another step up for Post Malone. It’s a record that feels distinctively, inimitably him and succeeds in his goal of sharing his truth.”