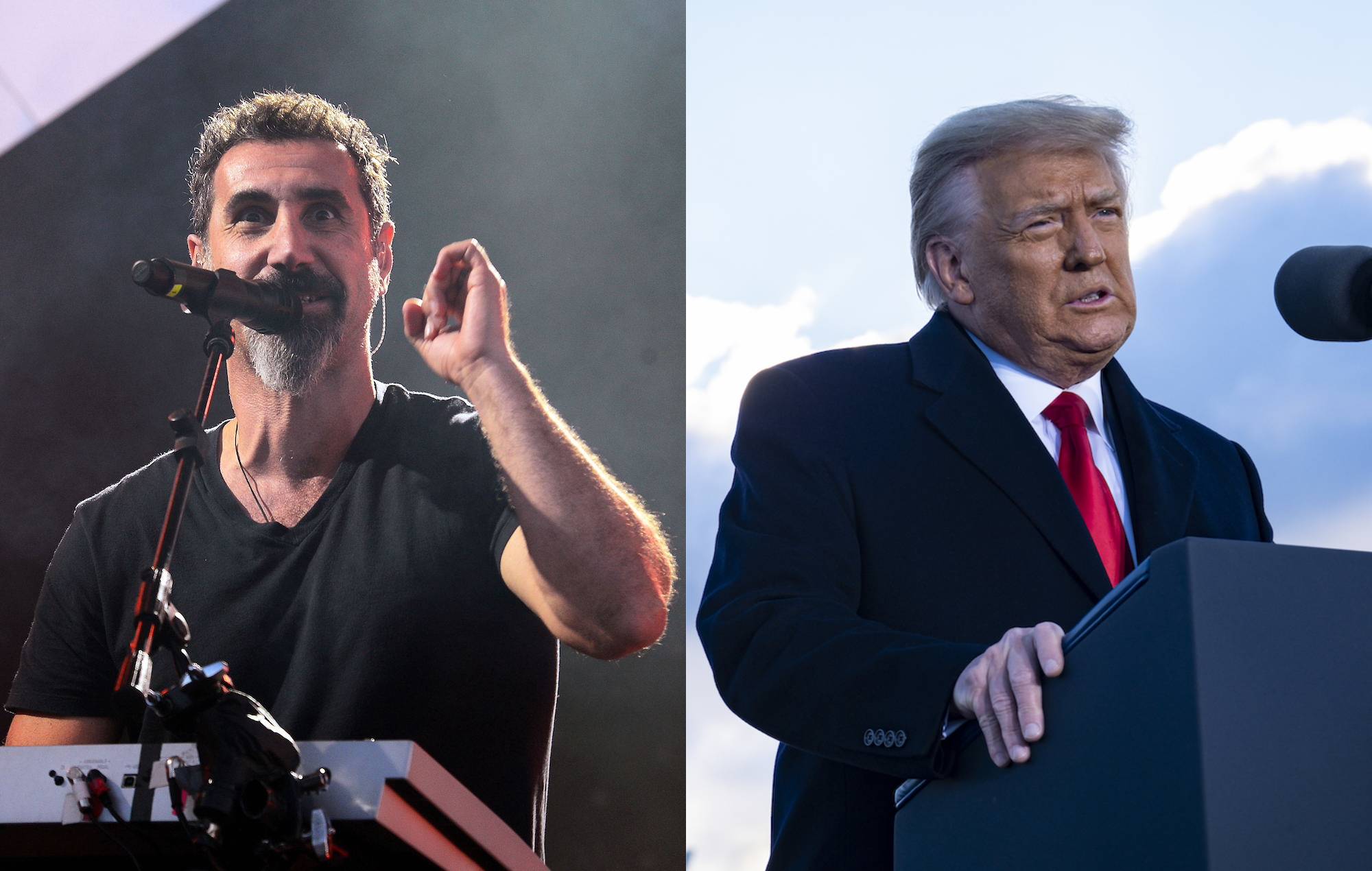 System Of A Down‘s Serj Tankian has hit out at Donald Trump for a last-minute order he gave while he was still US President, saying he’s “never seen a president suck so much cock”.

Trump left office yesterday (January 20) as Joe Biden was inaugurated as the 46th US President.

As Tankian revealed in a Facebook post, one of Trump’s last acts as president was to grant Turkey legal rights over indigenous property in the region, which includes the singer’s native Armenia.

The post from the Armenian National Committee of America revealed that “the Trump Administration signed a disastrous bilateral U.S.-Turkey Memorandum of Understanding granting Turkey legal rights over the vast religio-cultural heritage of the region’s indigenous peoples and other minority populations”.

Sharing the post, Tankian added: “Thanks Trump. In your last minute you decided to grant Turkey my people’s indigenous cultural heritage, including ancient churches and stone crosses, as a reward for them trying to exterminate us. Never seen a president suck so much cock.”

Thanks Trump. In your last minute you decided to grant Turkey my people’s indigenous cultural heritage including ancient…

Tankian recently discussed the “high probability of genocide of Armenians” in an interview. His comments were made in reference to the Republic of Artsakh, an ethnic Armenian region internationally recognised as part of Azerbaijan, where observers have warned of a genocide against Armenians in the region.

A new film called Truth To Power, which will focus on the way Tankian built awareness around the Armenian revolution of 2018, is also set to land next month.

Back in October, Tankian admitted that it was frustrating being “politically opposite” to System Of A Down drummer John Dolmayan.

Dolmayan praised Donald Trump publicly on a number of occasions in 2020, claiming that Trump is the “most attacked president in history yet the greatest friend to minorities” back in June.

He also criticised the Democratic Party and the Black Lives Matter movement in July, saying that the latter “never had legitimacy” and that it serves as a “propaganda tool” for the Democrats.