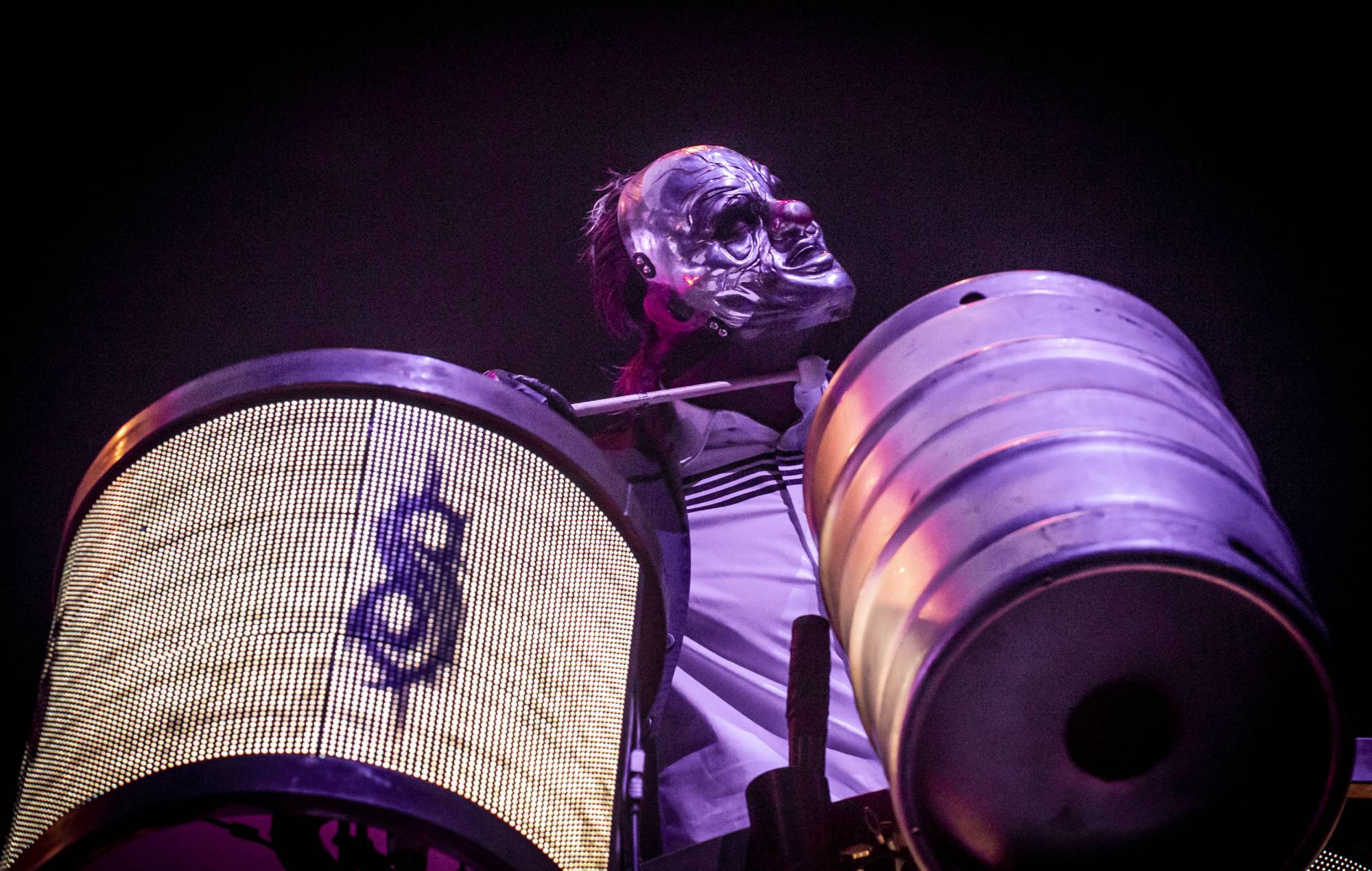 Slipknot percussionist Shawn “Clown” Crahan has shared more solo music under the moniker Brainwash Love – you can hear the new tracks below.

‘Trip In Blue’ and ‘The Head In The Noise’ are the latest creations to be shared by Crahan on his YouTube account, and you can hear both of the tracks – along with accompanying art and visuals by Crahan himself – in the below videos.

On Friday (June 18), Crahan shared the Brainwash Love song ‘Listen To The Whispers’ – you can hear that in the below video.

Earlier this month Crahan said that he and his Slipknot bandmates were ready to share their previously unreleased tribute song to the band’s original bassist Paul Gray.

“We have a song that we wrote for Paul Gray called ‘Without the Gray,’ and it’s probably my fault, but I’ve held it for a long time,” he said. “I don’t know why. It was too close in the beginning and it seemed like it needed to be for us more than for everyone else.

“And now I don’t care, I want it to be for everyone else instead of us.”

Crahan also recently gave an update on the progress of Slipknot’s next studio album, hinting that it could be finished as early as next month.