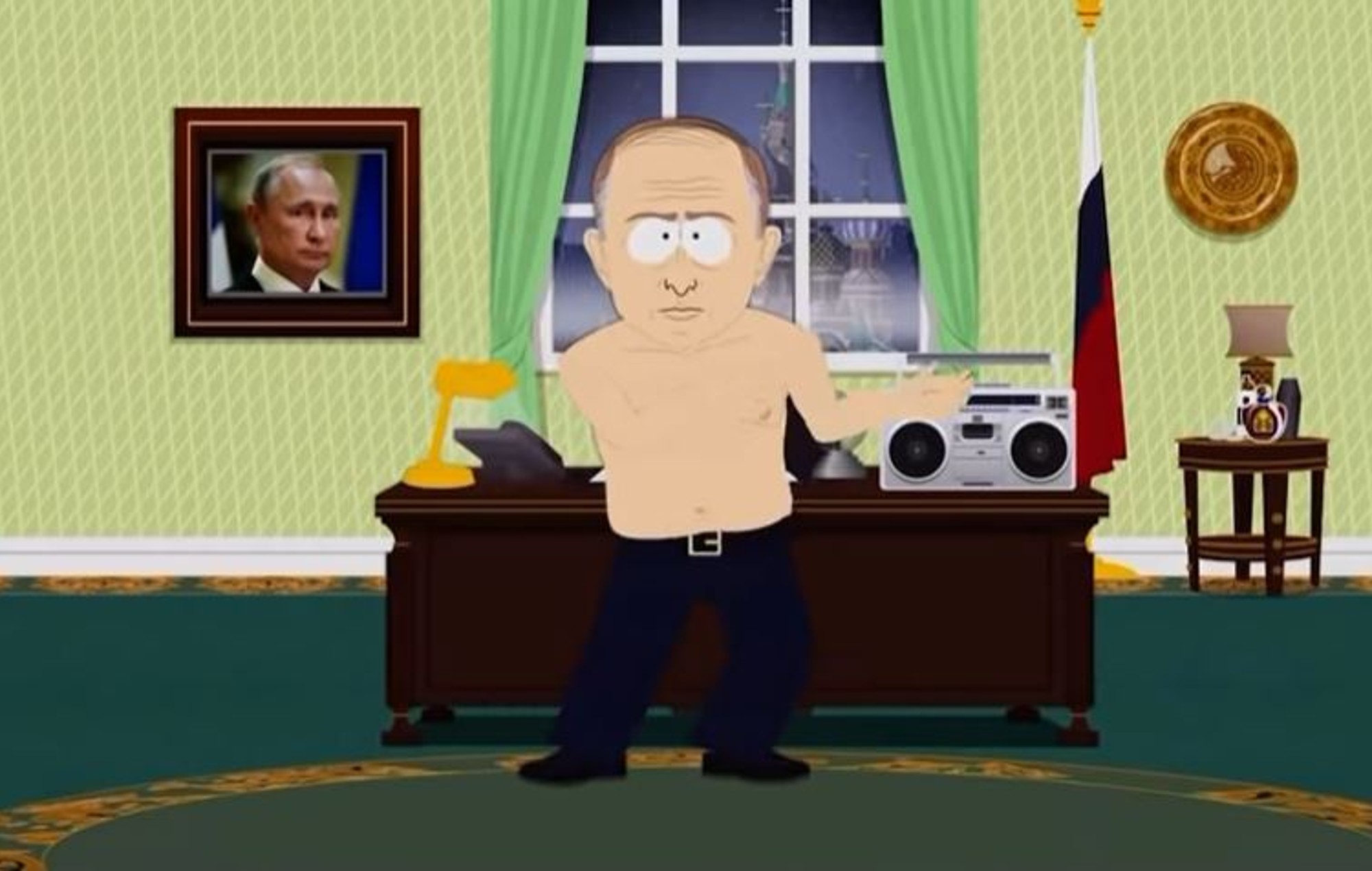 South Park has tackled Russia’s invasion of Ukraine in their latest episode ‘Back To The Cold War’, taking aim at Russian President Vladimir Putin.

In the episode, which aired on Wednesday (March 2), Putin’s act of aggression against Ukraine is tied to him getting older and because his “dick doesn’t work the way it used to”.

You can check out a clip from the episode of Putin dancing shirtless to ‘Two Tribes’ by Frankie Goes To Hollywood below.

‘Back To The Cold War’ follows Butters as he competes against the Russians in a dressage championship. Mr. Mackey, meanwhile, is relishing in the nostalgia of returning to the days when Russia posed a nuclear threat, like the 1980s.

Mackey goes on to give an address to the Russians. “I know how it is when you’re getting old,” he said. “You start getting aggressive because your dick doesn’t work the way it used to.” The show then cuts to Putin nodding in agreement.

South Park creators Matt Stone and Trey Parker signed a deal with the platform for 14 movie specials back in August, while the main show was renewed by Comedy Central through to season 30.

Stone and Parker recently announced that they’re teaming up with Kendrick Lamar to produce a live-action comedy. The untitled film will go into production in spring 2022.

The film’s synopsis reads: “The past and present [come] to a head when a young Black man who is interning as a slave re-enactor at a living history museum discovers that his white girlfriend once owned his.”