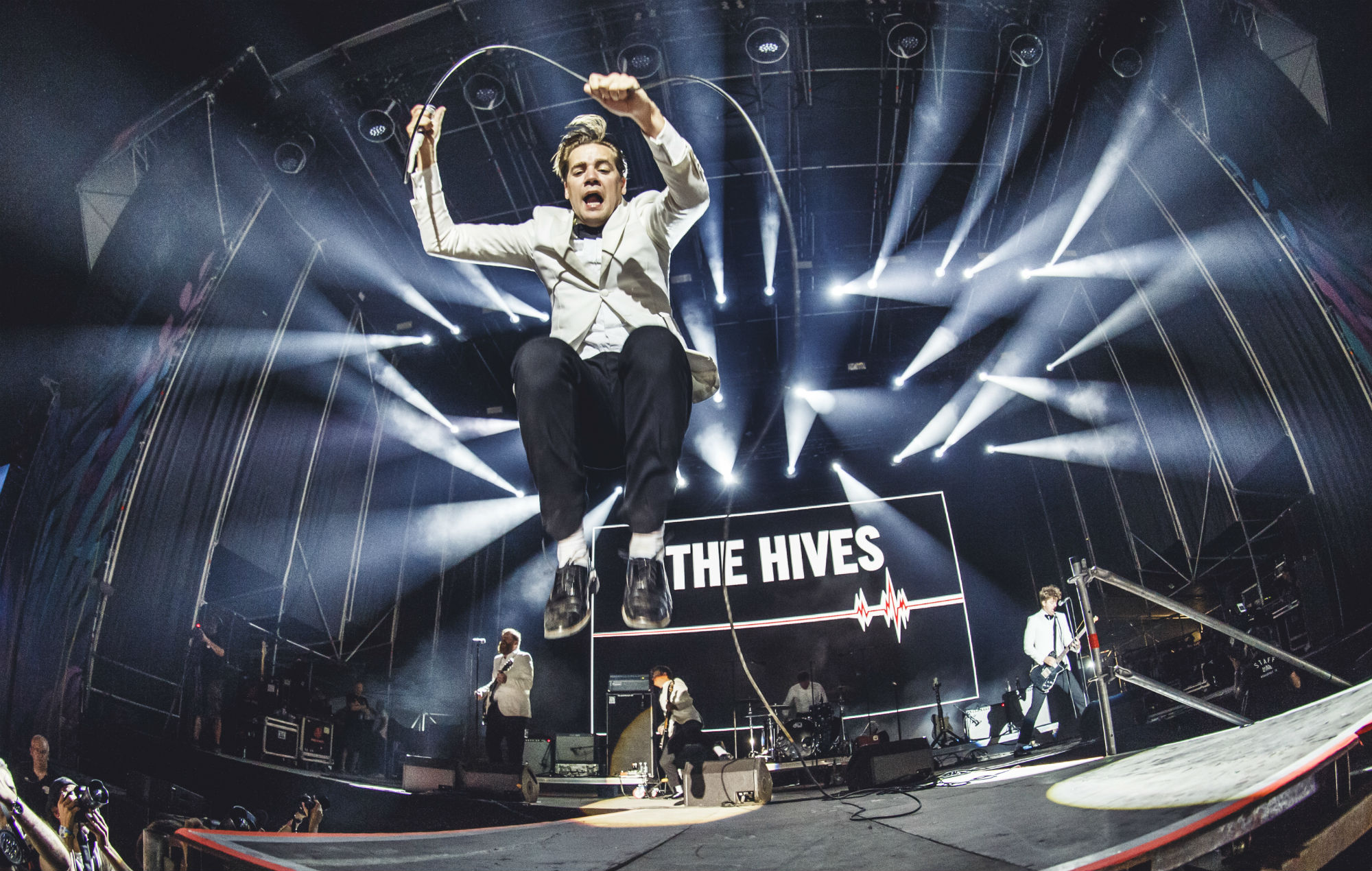 The Hives have announced details of a virtual world tour, which will see the Swedish rockers performing a series of online shows for fans across the globe.

Set to take place from 21st – 30th January 2021, “The World’s First World Wide Web World Tour” will allow fans to interact with the band by sending in their own messages, as well as offering them the chance to ring up during the show.

“The Hives present The World’s First World Wide Web World Tour in Jan 2021! First, there was no-knead bread, then came no-wrinkle shirts, and now we witness the birth of the No Travel World Tour!!!,” The Hives said in a statement.

“We will play live shows for specific cities, even if it means we play at 6am or some other totally bullshit time for a rock ‘n’ roller. (We’re looking at you, Australia.) All this from a hermetically sealed, virus-safe bunker in Sweden.

“The only thing missing is the most important thing: You, the crowd.
To address this:

– You will be able to send in audio messages and they will be played for The Hives in the room in real-time. As if you were in the crowd shouting!
– We will be accepting telephone calls!
– You will vote on a selection of songs we include in the set!
– Bright lights, loud noises!
– We will use crowd noise recorded in the very same city we are playing for. The New York show will have real New Yorkians cheering and screaming in the background. The Sydney show will have actual Sydneyans, and Berlin bang-on bonafide Berlinus berlinus, and so forth.”

The dates and times for each show are as follows:

Back in September, The Hives released a live album recorded at Jack White’s Third Man Records.