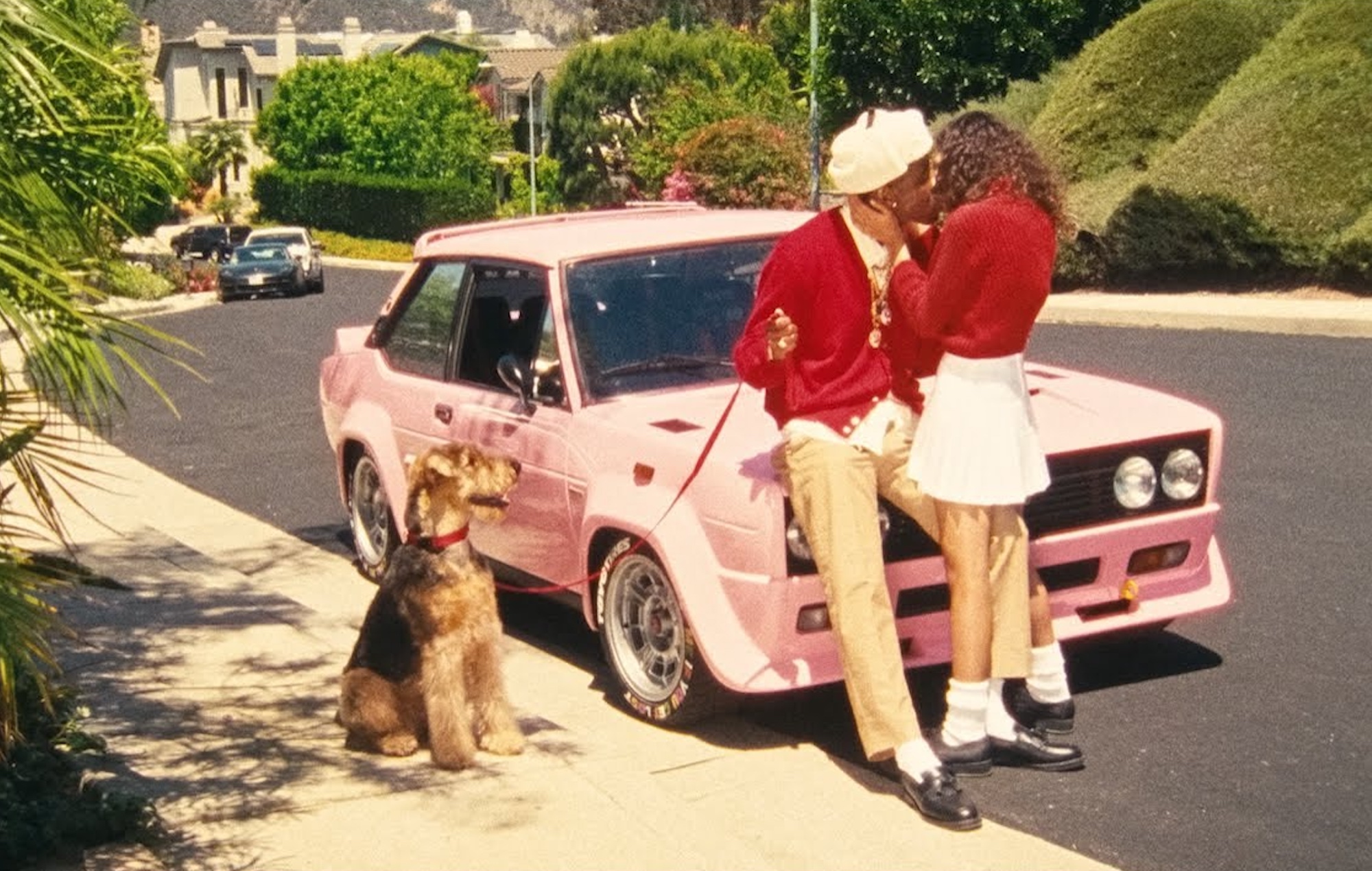 Tyler, the Creator has continued to stoke rumours new music may be on the way, sharing brief teaser videos titled ‘SIDE STREET’ on his Twitter page and YouTube channel.

In both clips, the rapper is seen kissing a woman before driving off in a pink car. The woman’s partner, played by Odd Future associate Taco Bennett, then appears, asking, “Baby, who was that?”

The videos are almost identical to each other, though each show Tyler driving off in a different direction. They conclude with a title card that reads “Call Me If You Get Lost”.

Watch both clips below:

The teaser videos come less than a week after new billboards featuring the words “Call Me If You Get Lost” and a phone number began popping up in various locations, prompting fan speculation the rapper was about to kick off his new album rollout.

Calling the listed number led fans to an automated voice recording featuring Tyler and his mother, who largely talks about her love for her son. Last year, the rapper’s mother joined him onstage as he received the Grammy Award for Best Rap Album for his last record, ‘IGOR’.

“I’ll stand in front of a bullet, on God, over this one… I walked up on teachers, principals, mommas, kids, I don’t give a fuck. Am I lying?” Tyler’s mother asks in the clip, to which the rapper responds, “You have no reason to.”

Yesterday (June 14), Tyler was announced as one of three headliners for November’s Day N Vegas Festival alongside Kendrick Lamar and Travis Scott. He was also recently announced as part of this year’s Bonnaroo and Lollapalooza bills, along with next year’s Primavera Festival lineup.

In March, Tyler released a new song titled ‘Tell Me How’, after it was featured in an advertisement for Coca-Cola the previous month. Earlier in the year, he featured on the Brent Faiyaz track ‘Gravity’.