Ubisoft’s formula – tried and true, or time to change? 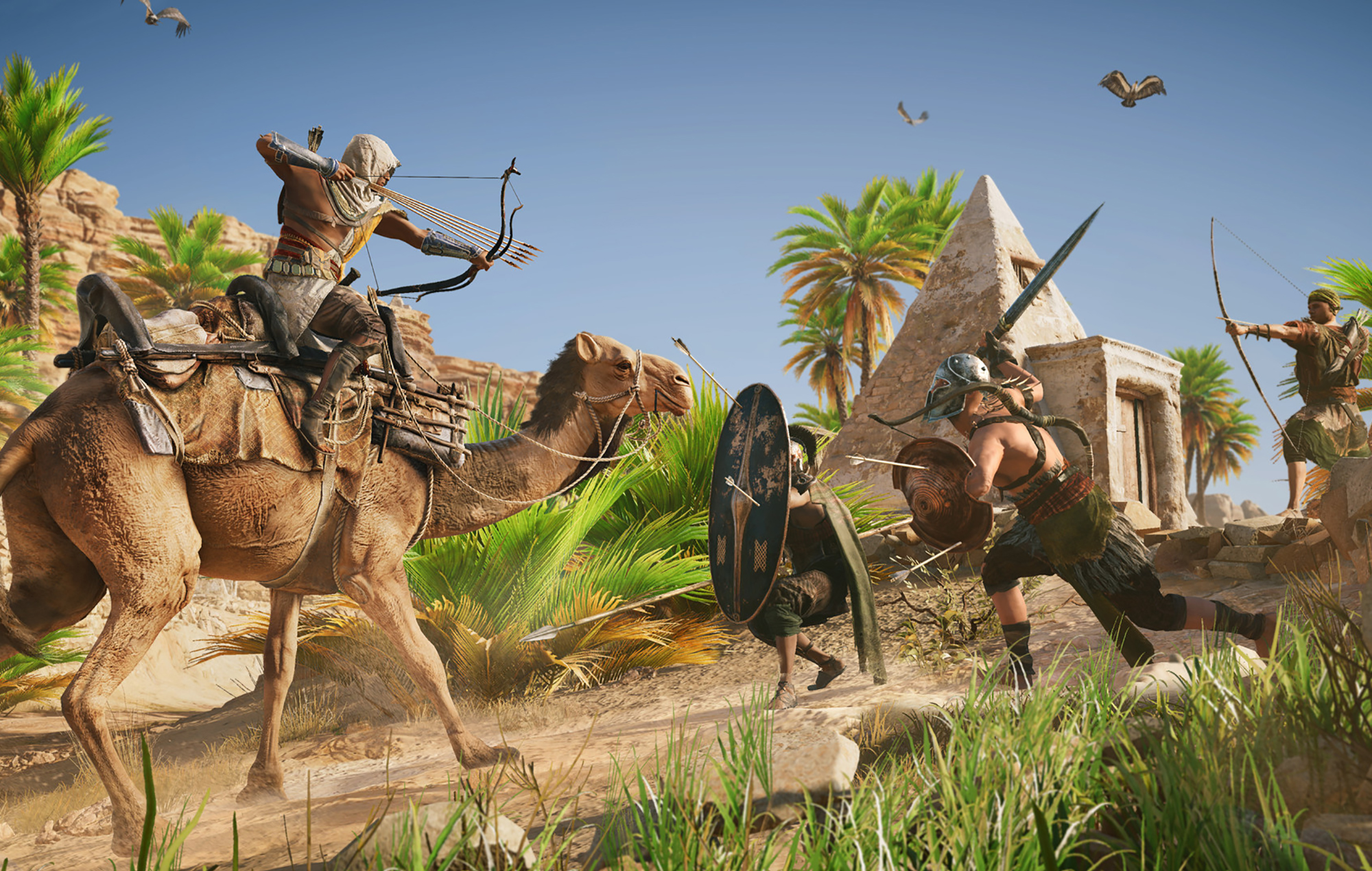 The first time I saw a pack of hyenas take down a villager out for a stroll, I was devastated. They swarmed him in a second – in half a second – and I didn’t even know it had happened until his screams drifted across the canyon. I was sadly too late to save him.

I found him in a pool of blood on the ground, his belongings scattered around. I would’ve stopped to pay my respects, maybe even help myself to the loot he’d dropped, but it didn’t sound like the hyenas had gone far, so I scarpered before I too ended up lying in tatters beside him.

If he hadn’t screamed, I might never have seen him. I might never have even known. That’s the magic of Assassin’s Creed: Origins and Odyssey. There’s a sense that, regardless of how much or how little you intervene in its world, it will continue to tick by. Wild animals will attack their prey, be it human or otherwise. Villagers will complete their daily chores. It’s a huge, wild, energetic, living world in which there is always something happening. Nothing ever stood still.

Because of this, Ubisoft reigned supreme for me as one of the industry’s best developers. Its vast open worlds were a tad overwhelming, yes, but Christ, did I enjoy exploring them. Demisting the map. Liberating the enemy forts and outposts. Ubisoft’s formulaic gameplay scratched every gaming itch I have, from the gentle puzzles to the numerous collectables to the curiously satisfying combat.

I’d send my trusty Eagle sidekick, Senu, up into the skies to scout ahead, tagging all the enemies I could see before I set foot in the place. Then I’d slowly work my way through each camp, deactivating alarms, performing stealthy takedowns and stealing loot. I loved every second of it.

And yet the components that I enjoyed so much in Origins – region liberation; capturing forts/enemy hideouts; fetch quests; guns for hire – began to trickle into the company’s other offerings, too, until every contemporary Ubisoft game seemed neatly pressed from the same mould. The setting varied, sure, but little else did. I’d be lying if I said it bothered me at the time; I still think Origins is one of this generation’s most incredible, ambitious undertakings. It stood to reason that the developer would seek to duplicate this magic across other games and franchises.

It began to wobble towards the middle of this generation’s cycle, though. Not every release has been as magical. Far Cry is renowned for its charismatic antagonists – Joseph Seed and Vaas Montenegro are but two incredible examples – but the recent switch to mute, build-your-own protagonists rubbed away a little of their shine. The duplication of mission mechanics, even down to the bloody UI indicators, began to feel cheap. It felt as though a cloud of fatigue was blooming across Ubisoft games, as though it was running low on ideas.

The map – often cluttered and disturbingly overwhelming – served only to remind you of what’s left to do, and not necessarily in a good way. Icons glow from all sections, indicating missions or collectables you’ve yet to complete. Sometimes, this works – I was hellbent on getting around all of Far Cry 5’s prepper stashes and vinyl crates – but a lot of the time, all it does is remove the element of surprise. There’s no organic exploration or fun surprises if your map’s blinking like Vegas on steroids.

Several games later, and the cracks are really starting to show. Ubisoft’s glitches and bugs have always been wonderfully meme-able, but the more we encounter, the less funny they are. The homogenisation of Ubisoft’s disparate series make them feel increasingly less innovative and more mechanical, and the endless, repetitive side missions start to feel like pointless busy work and little else.

Three years after Assassin’s Creed Origins, Ubisoft has incorporated many of the same mechanics in Watch Dogs: Legions – the third instalment of an entirely different franchise – prompting a frustrating sense of déjà vu. Despite the innovative play-as-anyone conceit, its world isn’t as convincing as Ubisoft’s games have been. It doesn’t feel as deep nor as vibrant. The collectables still call me –- as does the urge to explore every inch of the map and “liberate” each region – but it feels increasingly repetitive now.

It’s a relief to know Ubisoft has acknowledged its design fatigue, and I suspect – particularly as the studio addresses some of the troubling allegations about its work culture – we’ll start to see those changes as we move into next-gen. It doesn’t matter how much I enjoy noodling around, exploring and collecting, those changes can’t come soon enough.