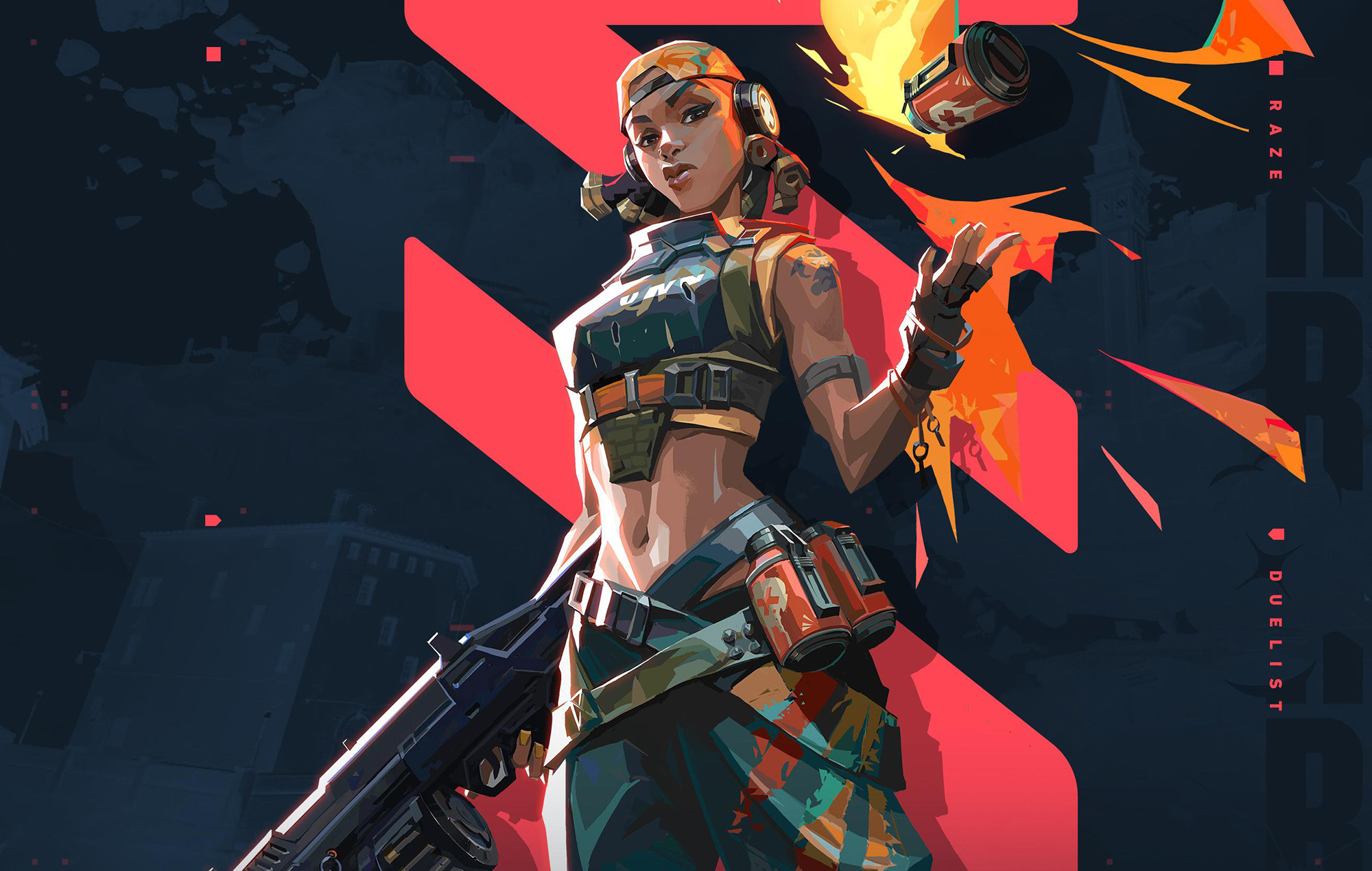 Riot Games has released a new patch for its tactical shooter Valorant, which arrived alongside the launch of the game’s Episode 1, Act 2.

Leading the changes are major nerfs for Raze, which lead character designer Ryan “Morello” Scott hinted at back in July. The agent’s ultimate ability, Showstopper, now takes longer to equip (from 1.1 seconds to 1.4 seconds) to allow “enemies more time to plan and acquire Raze when [notified of the skill’s activation]”. The skill previously received a minor nerf in patch 1.04.

The developer has also reduced the VFX of Showstopper when fired, as well as the subsequent rocket trail. Riot Games explained that the adjustment makes it so that “players are able to notice Raze as she fires, increasing their ability to shoot a Raze that takes riskier plays”.

In addition, the damage of Raze’s Blast Pack skill has been reduced by a third from 75 to 50, while damage to objects (such as Sage’s Barrier Orb) will be fixed at 600. “We want to reduce this ability’s efficacy at damaging players while sharpening its ability at clearing enemy utility and obstacles,” the developer noted.

Patch 1.05 also tweaks matchmaking for competitive mode. Now, solo players and duo groups will have a “higher chance” to encounter teams of a similar makeup “at the cost of queue times being slightly longer”.

Riot noted that the change was not because of unbalanced teams, which “is sitting fairly close to 50 / 50 for which team wins”, but due to a “larger skill disparity between the best and worst players”.

The update also reveals more details about the new free-for-all deathmatch mode, which Riot teased earlier in the month. The mode will load players into the game “as a random Agent that you own”, and those previously released health packs will “fully restore your health/armour and automatically reload your weapon”.

Deathmatch will also be available in “specific windows”, according to Riot Games, as the company “continue[s] to evaluate game performance and stability”. The first window is set to kick off later today (August 5).

Patch 1.05 was released alongside the launch of Valorant Episode 1, Act 2. The new Act includes the introduction of the game’s first German agent, Killjoy, as well as a new Act Rank system.

Valorant is currently only available on PC. For the full list of 1.05 changes, check out the patch notes here.