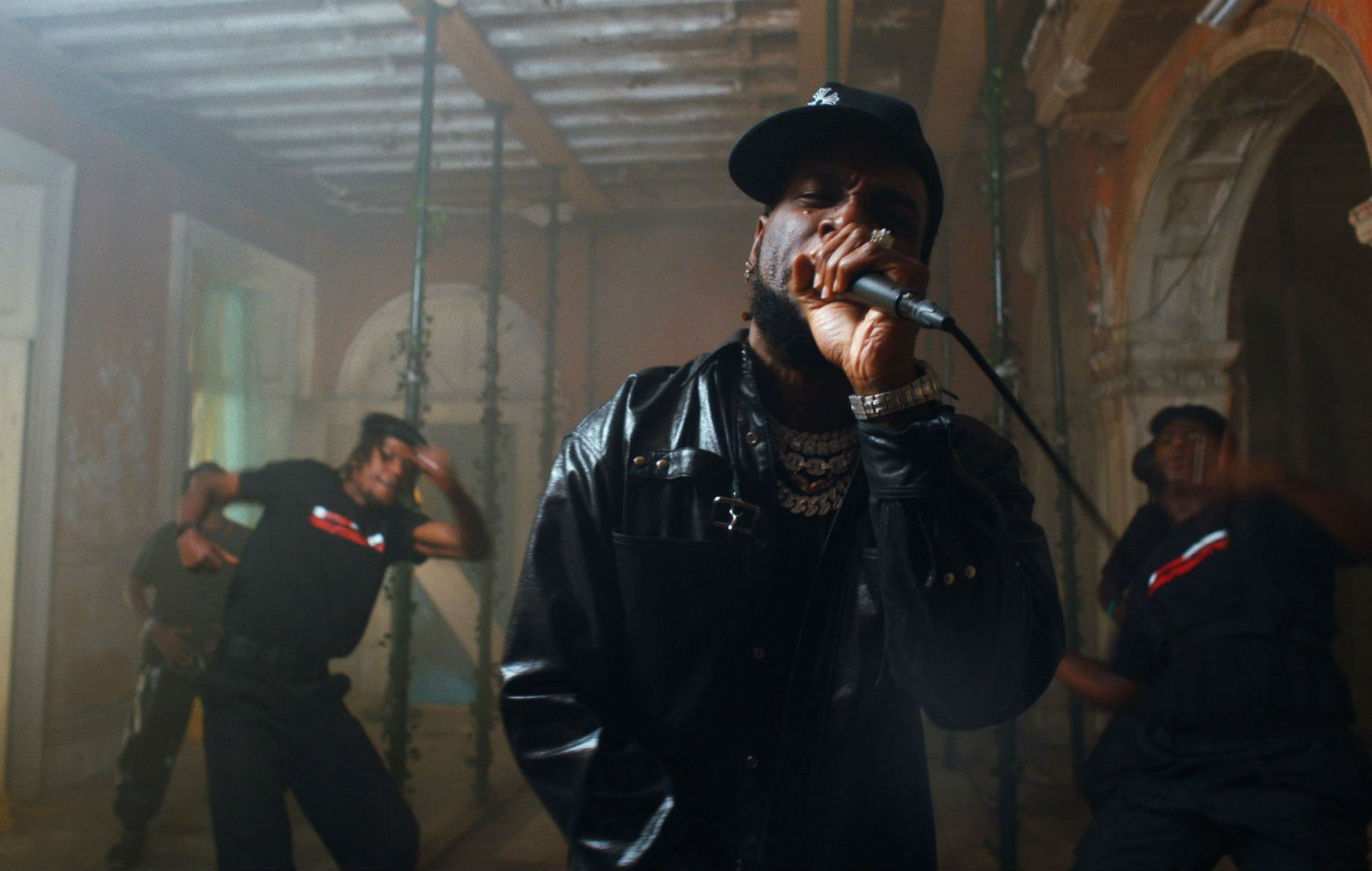 Burna Boy has appeared on the latest episode of Late Night With Seth Meyers, performing ‘Way Too Big’ from his 2020 album, ‘Twice As Tall’.

Appearing on last night’s episode (January 4), Burna Boy donned an all-white outfit and was elevated on a makeshift podium.

Burna Boy surprise-released ‘Twice As Tall’ in August, a few days after announcing its release date and tracklist.

A self-produced effort, the album featured guest collaborations with the likes of Coldplay‘s Chris Martin, Stormzy, Youssou N’Dour and more.

As well as ‘Way Too Big’, the album featured lead single ‘Wonderful’ along with 13 other tracks.

In October 2020, Burna Boy released ’20:10:20′, a tribute to protesters in his native Nigeria who were killed in the Lagos massacre at the city’s Lekki Toll Gate.

In the song, Burna Boy condemned the police brutality perpetrated by the Special Anti-Robbery Squad (SARS).

Providing a statement at the time of the song’s release, Burna Boy said, “The proceeds of this song will be used to support families of victims and people suffering affliction as a result of the Lekki shootings.

“Rest in peace to all the beautiful lives lost.”