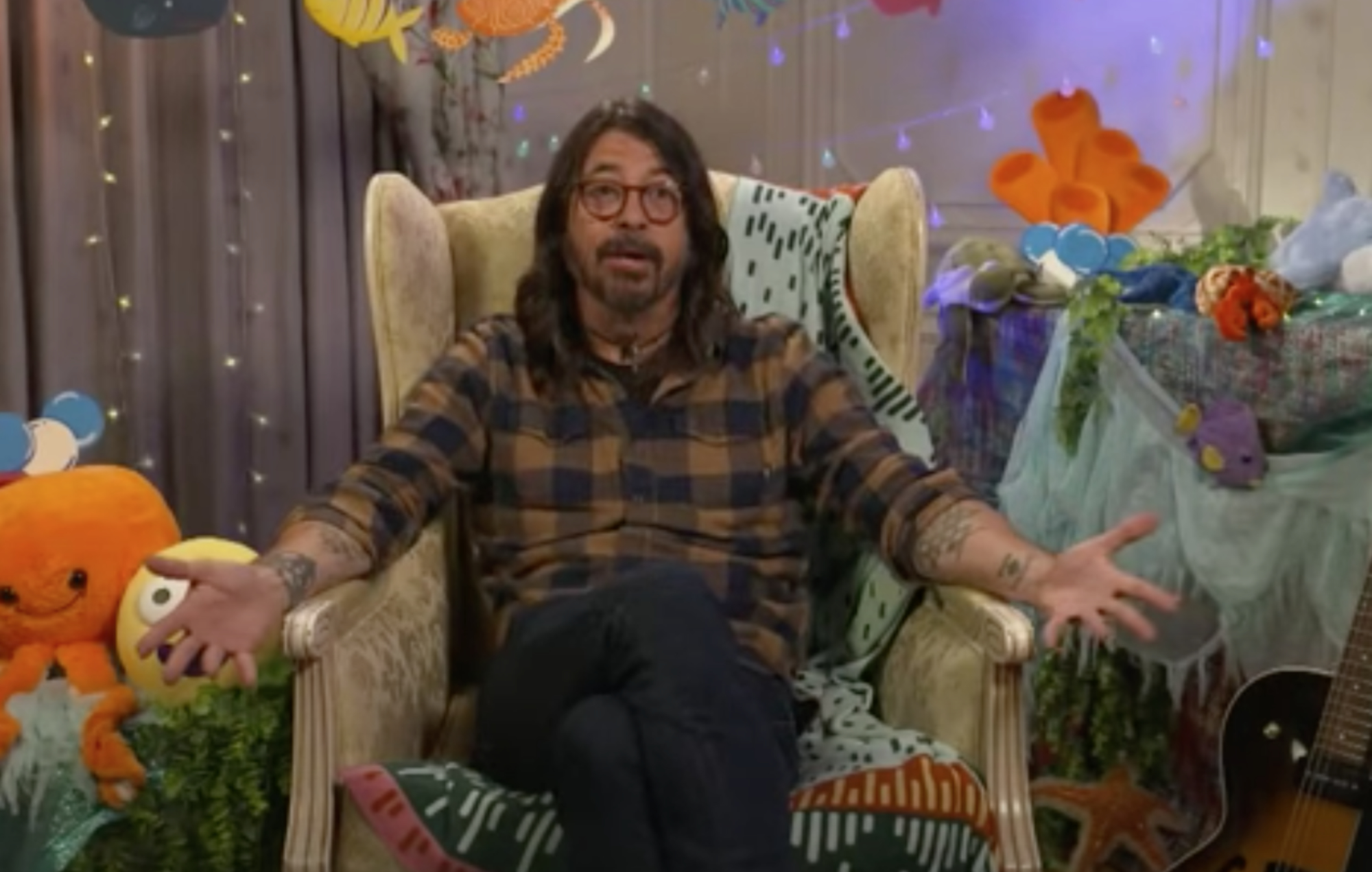 The Foo Fighters frontman read the 2014 story based on the lyrics of ‘Octopus’s Garden’, a 1969 cut from The Beatles’ album Abbey Road’, on yesterday’s (October 8) episode of the CBeebies show.

The story, which is written by Starr and features pictures by Ben Cort, “follows five children on a magical journey through the Octopus’s garden. The playful Octopus takes them on a wondrous underwater adventure, riding on the backs of turtles, playing pirates in a sunken city and sheltering from a storm in the octopus’s cave.”

Before his reading, Grohl said his favourite books take him to places he wishes he could visit. He added: “I love this story because it was written by someone who plays the drums — just like me!”

You can watch Grohl read ‘Octopus’s Garden’ below:

Grohl is the latest celebrity to contribute to the series, which has seen Dolly Parton, Elton John, Robbie Williams and Mark Ronson read stories aloud. Actors including Tom Hardy, Felicity Jones, Tom Hiddleston and Orlando Bloom have also narrated in the past.

Speaking ahead of the reading, the Foo Fighters musician said: “As a proud father of three, I’ve always enjoyed reading stories to my children. It was a pleasure to read these stories for CBeebies” [via BBC].

Earlier this week, Grohl hinted that the cover of Nirvana’s Nevermind could change for any subsequent reissues.

He was speaking to The Sunday Times about the album after Spencer Elden, the child who appears in the artwork, sued Kurt Cobain’s estate alleging the image was an example of child pornography and sexual exploitation.

Speaking about the cover, Grohl said: “I have many ideas of how we should alter that cover but we’ll see what happens. We’ll let you know. I’m sure we’ll come up with something good.”