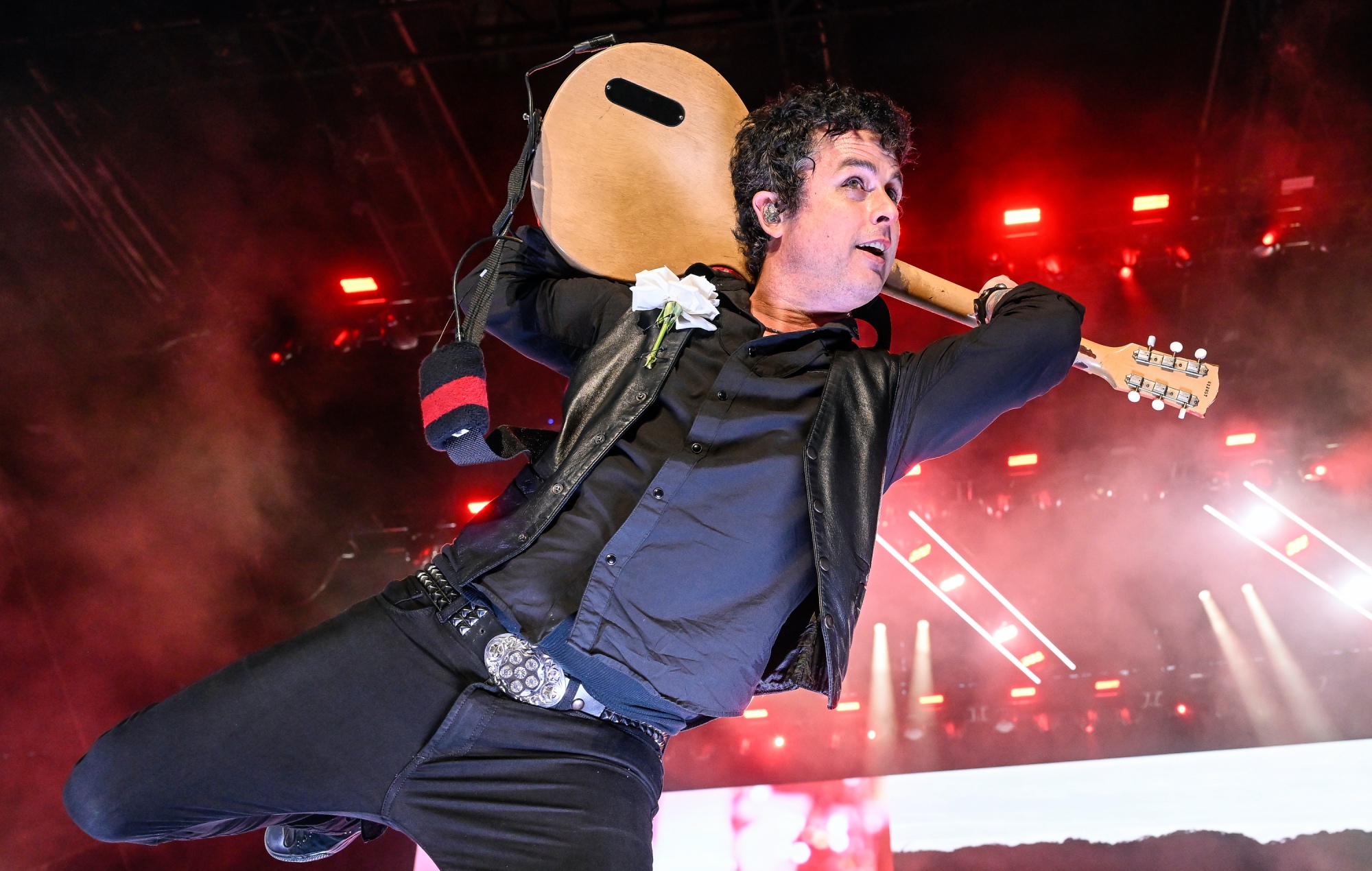 Green Day invited a 10-year-old fan on-stage to perform with them during their recent headline show at Outside Lands festival.

At one point in the gig, frontman Billie Joe Armstrong singled out a young crowd member called Montgomery – who the singer nicknamed Monty – and asked him to join Green Day for a special performance.

“Do you really know how to play?” Armstrong questioned Montgomery. “Alright, kid – get your ass up here!”

Today (August 11), Green Day shared footage of the moment on social media. The clip sees Armstrong help Monty put on a white guitar. In another fan-shot video, the youngster enthusiastically fist pumped at the crowd.

The child – who sported an ‘American Idiot’-style black-and-red get-up – then began strumming along to a cover Operation Ivy‘s 1989 track ‘Knowledge’ before making his way down the runway towards the audience.

Following the special performance, Armstrong told the young fan that he could keep the guitar he’d played on-stage, and led a chant of Monty’s name. The trio then moved onto an airing of their classic single ‘Basket Case’.

Green Day have also posted an image of Armstrong and Monty hugging on-stage, captioned: “We love Montgomery [love heart emoji] Thanks for jamming with us at [Outside Lands].” You can see that tweet and the videos above.

Last month saw Green Day play an intimate warm-up show in Chicago ahead of their bill-topping set at Lollapalooza 2022. They took to the stage at the city’s 1,100-capacity Metro venue, veering away from their printed setlist in favour of older and rare material.