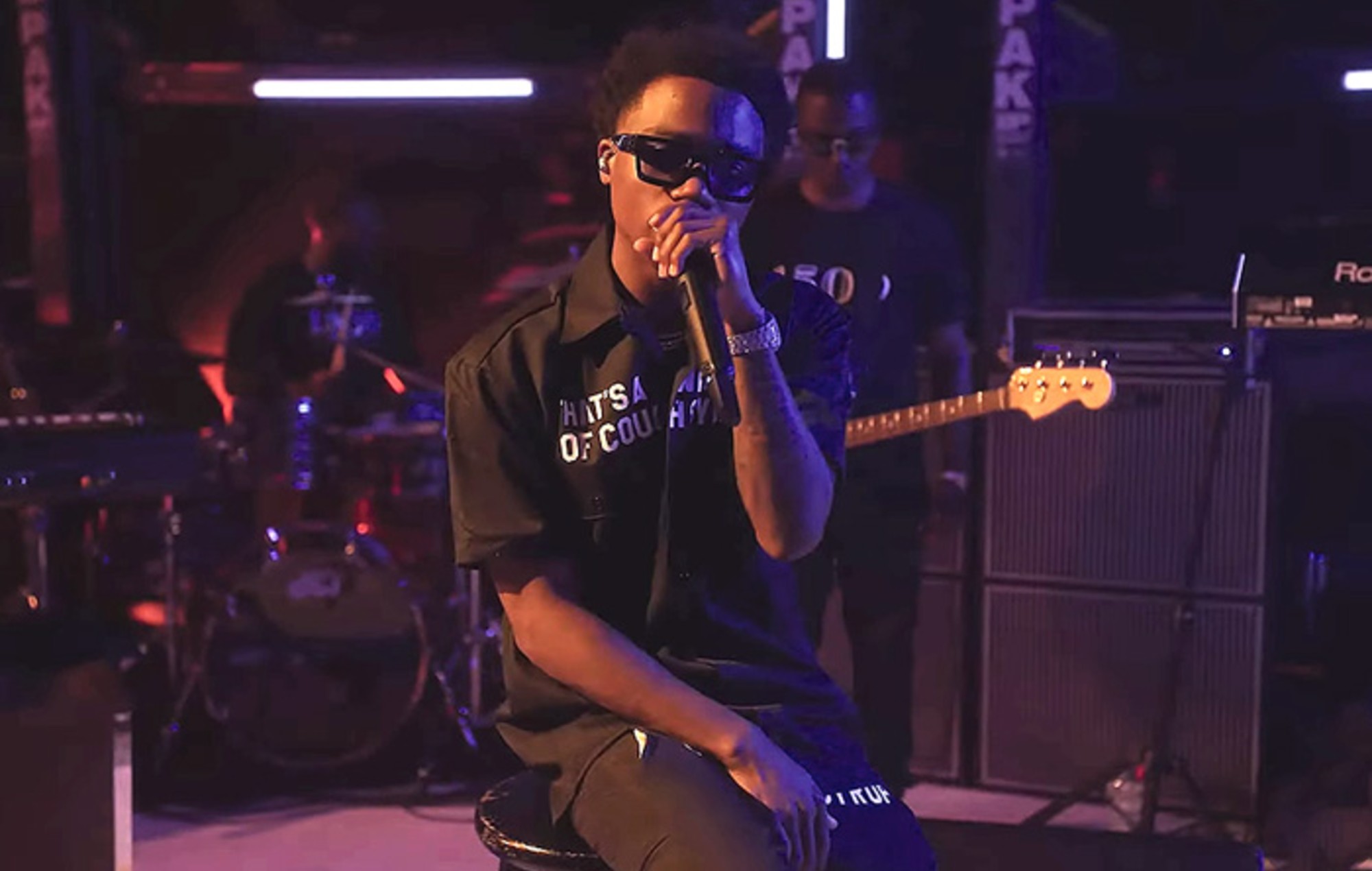 Roddy Ricch made his debut on the home edition of NPR’s Tiny Desk concert series – watch the full clip below.

On Wednesday (July 8) he filmed at West Coast Customs, without an audience, and delivered his favourite tracks ‘The Box,’ ‘High Fashion,’ and ‘Ballin’.

He started off with ‘Perfect Time,’ and then introduced his collaborator Ty Dolla $ign to the quarantine version of Tiny Desk for ‘Bacc Seat.’

Finally, he closed out by offering his words on the world around us, performing ‘War Baby’ to finish the set.

“It’s dangerous,” he said before launching in the track, “I send prayers out to everybody, all their families. I need y’all to say safe.”

This comes after he and DaBaby recorded a striking performance of their 2020 collaboration ‘Rockstar’ for the BET Awards.

The single was originally released in April as part of DaBaby’s third studio album, ‘Blame It On Baby’. It was then re-released in June as a Black Lives Matter remix, following the reignition of the movement in response to the deaths of George Floyd, Breonna Taylor and other African Americans in police custody.

This performance saw the pair honouring “all the lives lost to racism and police brutality” with their latter release.

The remix featured alternative verses that described the rapper’s own experiences of racism and run-ins with the law.

“Cops wanna pull me over, embarrass me/Abusin’ power, you never knew me, thought I was arrogant/As a juvenile, police pulled their guns like they scared of me“, DaBaby rapped.

Aside from his ‘Rockstar’ cameo, Roddy Ricch performed two of his own songs live for the 2020 BET Awards: ‘High Fashion’ and ‘The Box’. Watch the medley here.

The BET Awards 2020 in June saw Ricch pick up the award for Album of the Year for his debut LP ‘Please Excuse Me for Being Antisocial’.