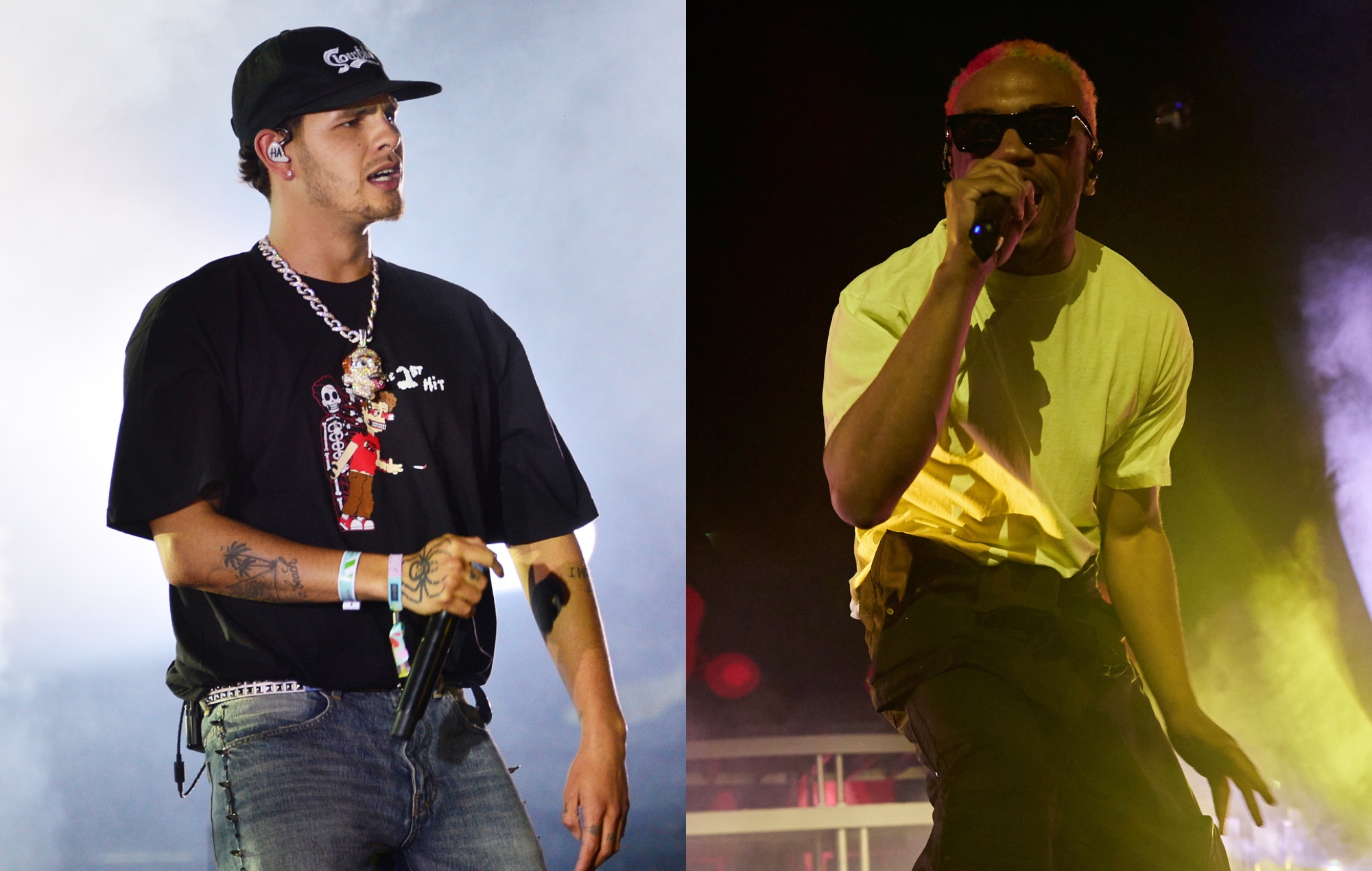 Slowthai made a surprise appearance with Brockhampton at their show in London last night – check out the footage below.

The Texas group were playing the first of two headline gigs at the O2 Academy Brixton yesterday (February 7) before they bow out with a pair of final live appearances at Coachella in April.

During the 23-track set, Slowthai – real name Tyron Frampton – took to the stage to perform ‘Heaven Belongs To You’, his 2019 collaboration with Brockhampton. The song appears on the boyband’s fifth album ‘Ginger’.

The Northampton rapper then assisted Kevin Abstract and co. on a joint rendition of ‘Doorman’, which features on the former’s debut studio effort ‘Nothing Great About Britain’ (2019).

You can watch a selection of fan-shot videos here:

@slowthai i passed away pic.twitter.com/8VJ9KF3sNr

Brockhampton will return to the O2 Academy Brixton for their last UK show tonight (February 8). It comes after they released their sixth and final album, ‘Roadrunner: New Light, New Machine’, in April 2021.

Last month, the group announced that they would be “taking an indefinite hiatus” after their forthcoming Coachella appearances.

“From the bottom of our hearts, thank you for being on this journey with us,” they wrote in a statement. “We would not be here without our fans. We hope we’ve been able to inspire you as much as you have us these past eight years.”

Brockhampton concluded: “We are bonded and grateful to you for life.”

Coachella 2022 is due to take place across two consecutive weekends (April 15-17 and April 22-24) at the Empire Polo Club in Indio, California. Kanye West, Billie Eilish and Harry Styles will headline the event.