Watch St. Vincent honour the ‘70s with ‘Down’ performance on ‘Austin City Limits’ 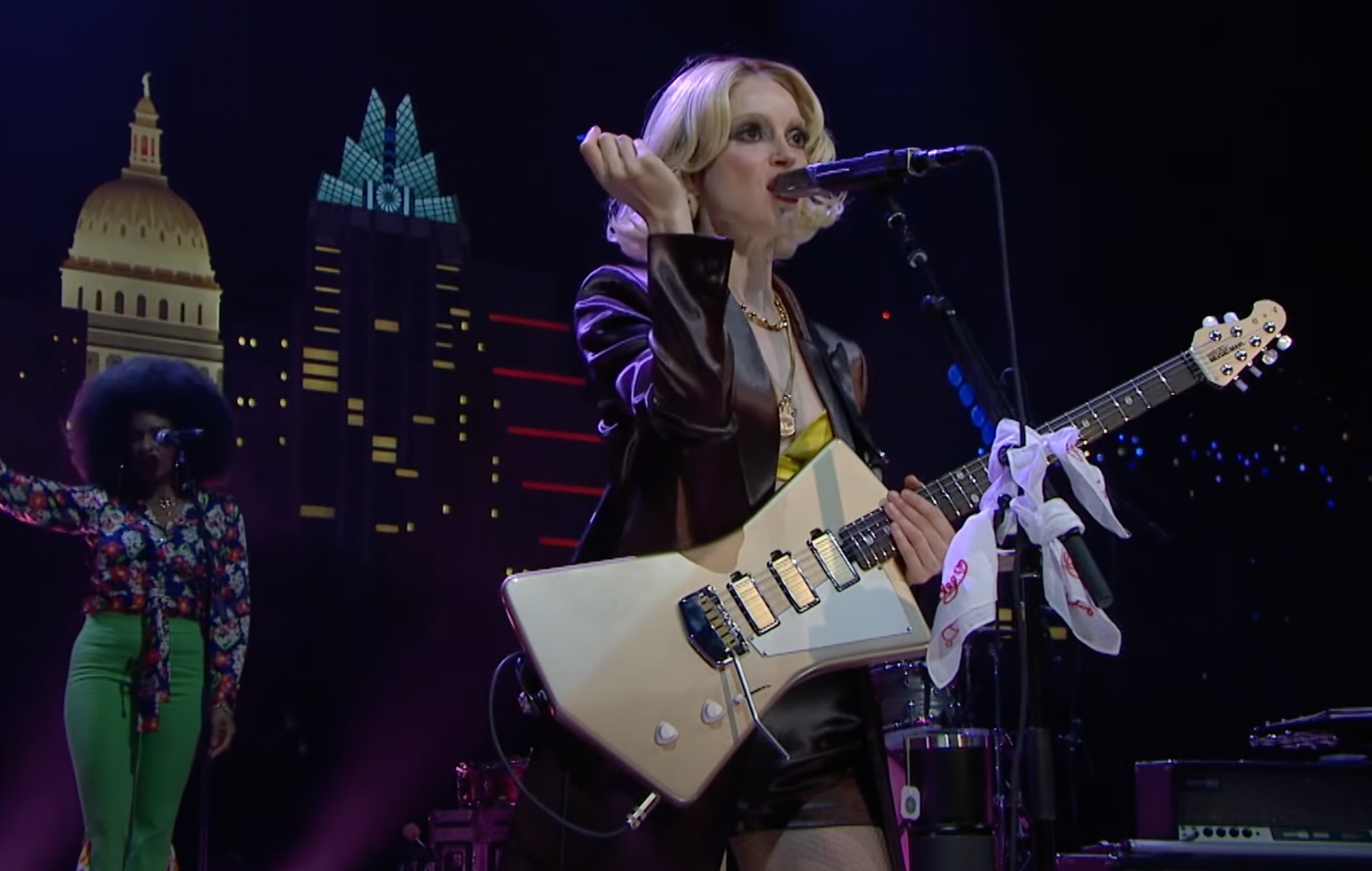 Premiered earlier today by Consequence, a clip of the performance shows the artist – real name Annie Clark – jamming on the track with her backing back, The Down And Out Downtown Band, as well as a trio of backing singers (Navonnah Holley, Stephanie Alexander and Danielle Withers).

It’s authentic to the ‘70s aesthetic that drives the ‘Daddy’s Home’ concept, with Clark and her band all decked out in retro outfits, and playing in a style similar to that of soul bands from the era. Playing the ‘Goldie’ model of her Ernie Ball Music Man signature guitar, Clark steers the track with her smoky lead vocal, breaking occasionally to deliver wah-slicked solos with live guitarist Jason Falkner.

Check out the performance below:

Elsewhere on tonight’s episode of Austin City Limits, Clark and her band will play ‘The Holiday Party’ – a video of that performance was released exactly a month ago. The new episode will mark her third time appearing on the PBS series, having first performed for it in 2009, and then again in 2018.

In a five-star review of ‘Daddy’s Home’, NME’s El Hunt said the album “feels warmer than anything St. Vincent has done before, trading in cold precision for looser rock’n’roll sounds that act as a kind of portal into her memories”.

In the months since Clark released ‘Daddy’s Home’, the genre-bending artist released her film ‘The Nowhere Inn’ – wherein she portrays a “metafictional” version of herself – covered tracks by Metallica and The Velvet Underground, launched a ‘70s-themed radio show, and announced a slate of UK tour dates for 2022.

Earlier this month, Clark recalled an impromptu phone call she received from Paul McCartney after she remixed one of his songs, describing the Beatles legend as “the loveliest man on the planet”.

The post Watch St. Vincent honour the ‘70s with ‘Down’ performance on ‘Austin City Limits’ appeared first on NME.