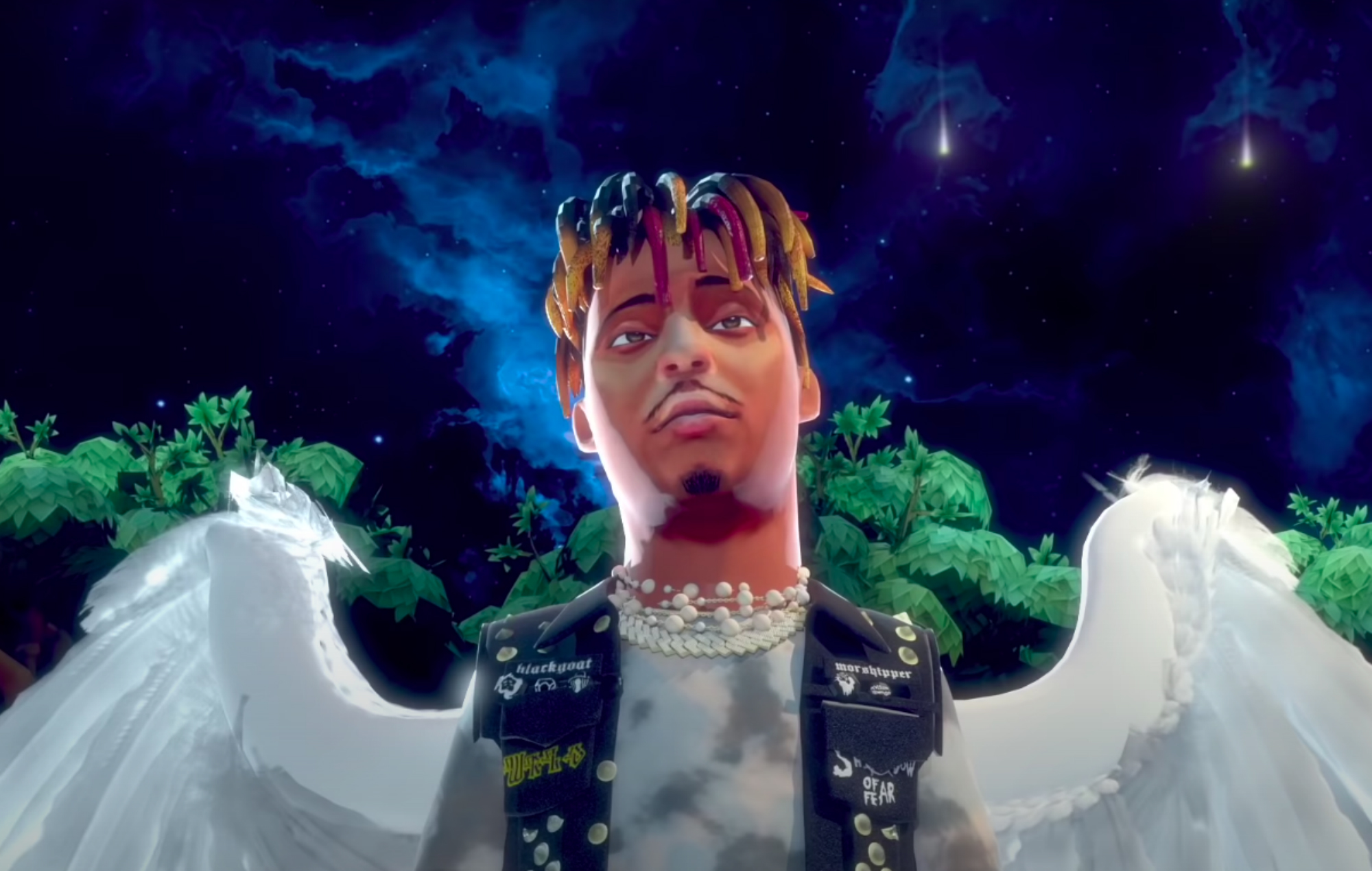 The official video for Juice WRLD and The Weeknd‘s new joint single ‘Smile’ has been shared – you can watch it below.

Directed by KDC Visions, the animated visuals for ‘Smile’ begin in the night sky and introduce a GCI Juice, who treks through a countryside location. As the late rapper reflects on his lost love, his girlfriend is seen reminiscing over old polaroid photographs.

The Weeknd later emerges from a car accident, before proceeding to head back out on the road. The clip concludes with the female character looking out onto her street, where Juice is standing with a pair of angel wings.

Reviewing the track, NME concluded: “‘Smile’ represents two sides of the same coin. Though the collaboration fulfils a pipe-dream of the late rapper’s, Juice WRLD’s perspective ultimately steals the spotlight.”

Juice WRLD, who died last December, hinted at his team-up with The Weeknd in September, when he tweeted: “Me and The Weeknd would make a diamond record…”

‘Smile’ is the first release from The Weeknd since he dropped his fourth studio album ‘After Hours’ in March. In a four-star review, NME said that the project was his “strongest record in some time”.

Fans also saw an animated Abel Tesfaye in The Weeknd’s recent video for ‘Snowchild’, which took viewers on a journey back in time.