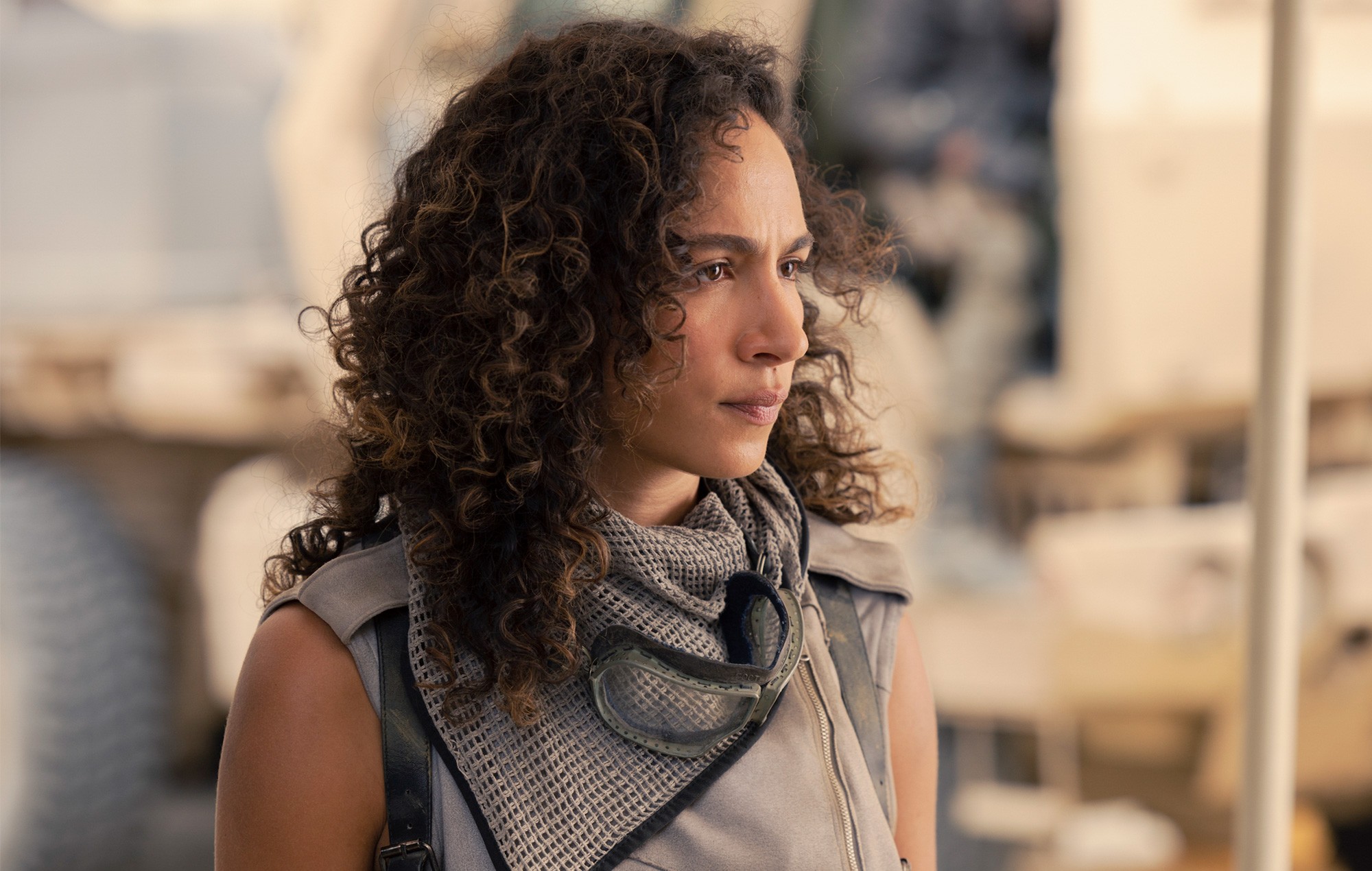 Westworld actor Aurora Perrineau has said she didn’t know about her character’s identity until they were filming the fourth season.

In the third episode of season four, Perrineau plays a character introduced as C, who is among a group of rebels encountered in the desert by Bernard (Jeffrey Wright) and Stubbs (Luke Hemsworth), as they pursue a weapon to take down Charlotte Hale (Tessa Thompson).

In fourth episode ‘Generation Loss’ , which aired on Sunday (July 17), it’s revealed that C is actually the grown-up version of Caleb’s (Aaron Paul) daughter Frankie. The weapon discovered by Bernard and C is also the dead body of Maeve (Thandiwe Newton) – indicating she is the key to setting humanity and the hosts free from Hale’s copy of Dolores.

Speaking to The Hollywood Reporter about the twist, Perrineau confirmed she had no knowledge of her character’s identity prior to filming episode four.

“Nothing, I didn’t know anything,” Perrineau said. “I got the scripts prior to each episode – you get it right before the episode and then you shoot it. So it was always a surprise.

“My first episode, I was like, ‘Oh, I get to work with Jeffrey Wright and Luke Hemsworth. That’s so fucking cool.’ It turned into like, ‘OK, cool, I don’t know who this girl is, but that’s fun.’ Then I got the script for four while we were shooting already and that was a big surprise. I had no idea. I called one of the producers and I was like, ‘Wait a minute, am I Aaron’s daughter?’”

She also hinted that the fourth season will provide more answers as to the whereabouts of C’s mother. “In general, you’ll see what the whole situation is with all the rebels and why we’re all there and what’s transpired,” Perrineau added. “You’ll see some backstory happening.”

In a three-star review of Westworld season four, NME wrote: “At this point, even with a new trick or two, Westworld is unlikely to win any new fans. Still, there are some violent delights to be had if you don’t think too hard about the plot.”

Westworld season four is available on Sky Atlantic and NOW in the UK.