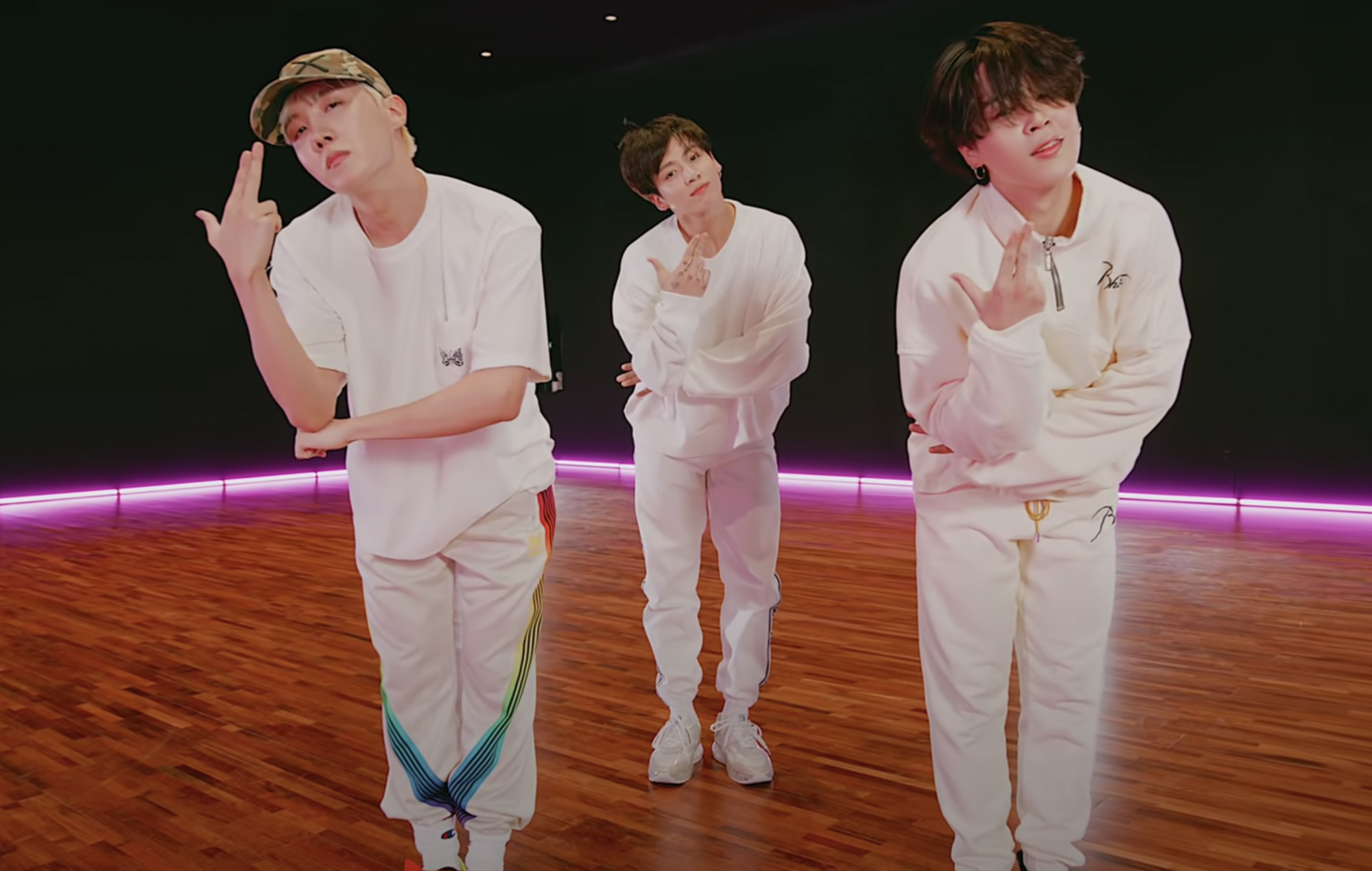 The minute-long “special performance video” was uploaded to the BANGTANTV YouTube channel on September 9. It opens with a snippet of the original dance for ‘Butter’ in the beginning, before transitioning into an intense choreography performed by J-Hope, Jungkook and Jimin for the duration of Megan’s verse.

The Megan Thee Stallion-assisted remix of ‘Butter’ dropped late last month. The collaboration was released shortly after a judge cleared the song and granted Megan permission to release the remix, following Megan’s claims from earlier last week that her label 1501 Certified Entertainment and distributor 300 Entertainment had blocked her from releasing it.

Yesterday (September 8), Billboard announced that ‘Butter’ had returned to the Number One spot on its Hot 100 chart, following the release of the Megan Thee Stallion remix. The song has spent 10 weeks on the chart so far.

Billboard also named ‘Butter’ as this year’s Song Of The Summer, followed by Olivia Rodrigo‘s ‘good 4 u’ and Dua Lipa‘s ‘Levitating’ in the second and third spots, respectively. Other songs that made it on the list include Silk Sonic‘s ‘Leave The Door Open’, The Weeknd and Ariana Grande‘s ‘Save Your Tears’ and more.

In other BTS news, the group recently spoke about their desire to keep pushing the limits with their English releases, saying that “language doesn’t matter to us that much like [it did in] the past”.

“You know, we want to transcend everything, even ourselves too. I guess that’s the power of music”, added BTS leader RM. He then went on to assure fans that there are no “borders, boundaries or limits” when it comes to their releases.