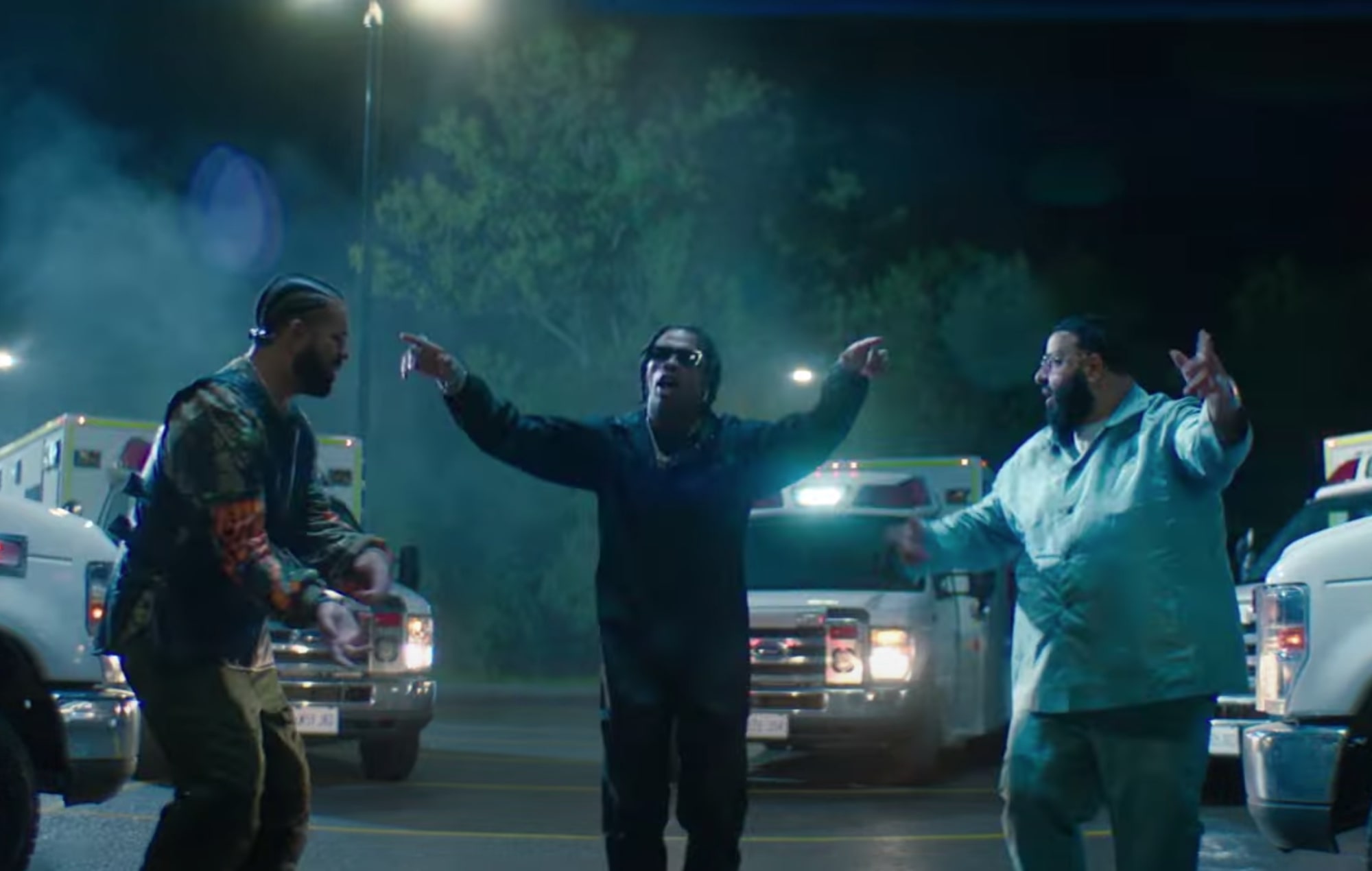 ‘Staying Alive’, the chorus of which interpolates the 1977 Bee Gees song of the same name, sees Khaled refresh the old school disco classic with sparse production and sharp hi-hats. Khaled lists the Bee Gees — Robin, Andy and Maurice Gibb — as lyricists on the new track.

The single is accompanied by a music video, directed by R.T. Thorne. In it, Drake dons medical scrubs and a stethoscope, while Lil Baby hosts a booze-fuelled party. Elsewhere, Khaled takes centre stage at a motivational speaking engagement, before all three collaborators unite for the song’s final chorus. Watch that below:

‘Staying Alive’ is the first single to be shared from ‘God Did’, Khaled’s upcoming 13th studio album. Alongside Drake and Lil Baby, the album will also feature Jay-Z, and is set for release on August 26.

The song marks Khaled’s most recent collaboration with Drake, having enlisted the musician for previous singles ‘To the Max’, ‘Popstar’, and ‘Greece’, among others.

Lil Baby, meanwhile, has appeared on Khaled songs ‘I Did It’, and ‘Body in Motion’, and remains a longtime collaborator with Drake. Over the years, the pair have contributed dual verses on tracks like ‘Never Recover’, ‘Wants and Needs’, and ‘Girls Want Girls’, the last of which featured on Drake’s most recent album, ‘Certified Lover Boy’.