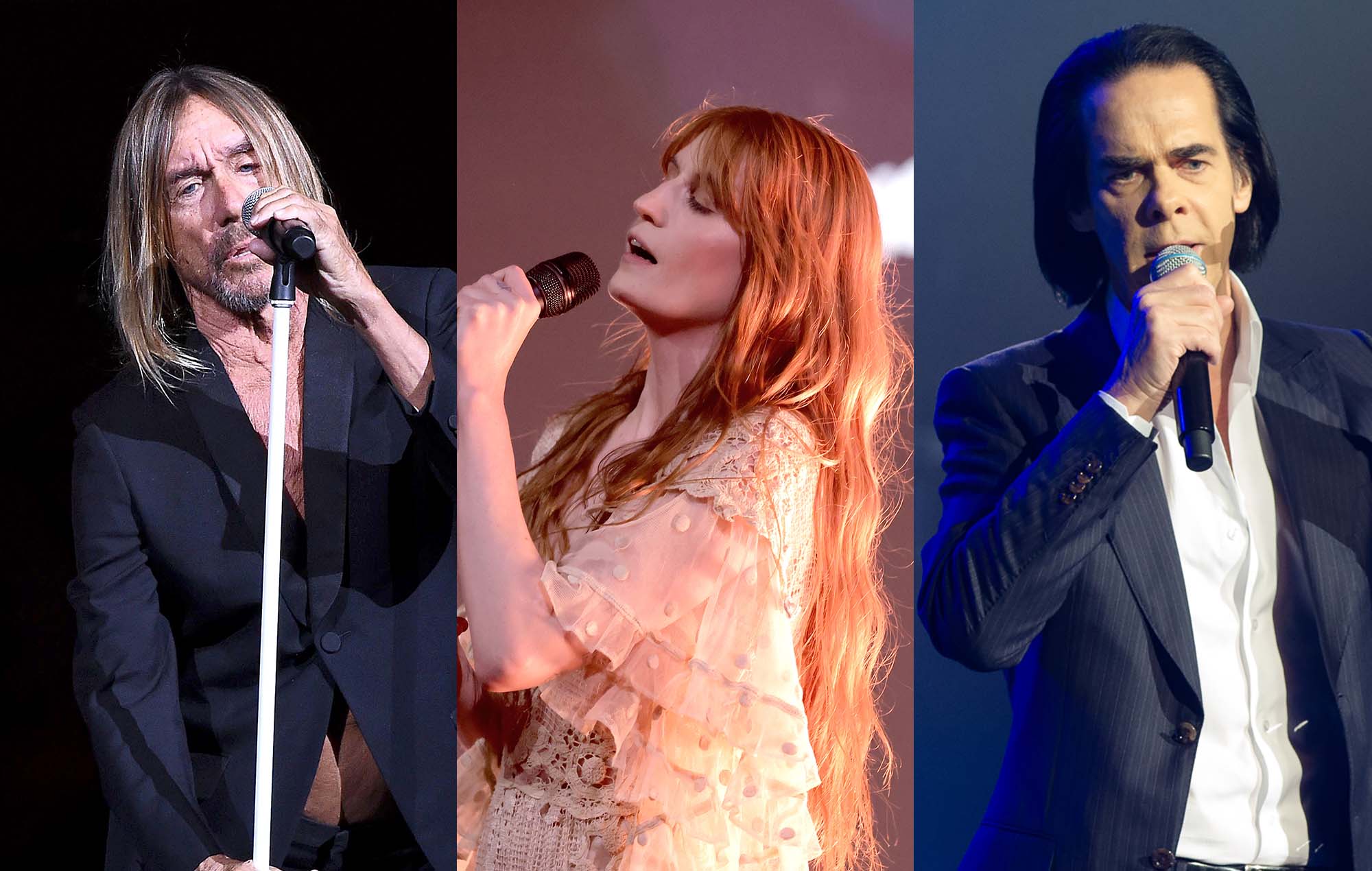 Florence Welch has revealed that Nick Cave and Iggy Pop influenced the vocals on her new album ‘Dance Fever’. Watch a clip from the interview below.

During a conversation with Zane Lowe for Apple Music 1, the Florence + The Machine frontwoman discussed embodying her favourite male vocalists like Leonard Cohen, Iggy Pop and Cave for album opener, ‘King‘.

She continued: “I was thinking about how, in some ways, although everyone undergoes huge changes, their physical bodies, especially moving through touring, have been allowed to remain unchanged… and they can commit their body entirely to the stage. These people that I had tried to follow in their exact footsteps, I was like, ‘Oh my God, I can’t do that. I’m not going to be able to do that. I’m going to have to make choices.'”

Welch previously shared that the track is about “thinking about being a woman in my 30s and the future” and realising “that to be a performer, but also to want a family, might not be as simple for me as it is for my male counterparts.”

The formidable singer went on to tell Lowe that although she had the realisation that physically she’s different from the male musicians she idolizes, her vocals were still influenced by them in ‘King’.

“It’s so funny because in the singing, I’m trying to still embody them,” she said. “In the lower baritones, I’m trying to do a Leonard or a Nick, or an Iggy Pop was a really big reference, so it’s this, ‘I can do it.’ It’s this desperation of trying to hold onto this idea that I had about myself, all the while it is even being undercut by the song itself.”

Florence + The Machine’s ‘Dance Fever’ is currently battling for the UK Number One album spot against Kendrick Lamar‘s recent release, ‘Mr Morale & The Big Steppers’ after clocking up over 26,000 char sales so far in the midweek album chart, according to Official Charts Company.

If the London group does make it to Number One it’ll be their fourth chart topper after 2009 debut ‘Lungs’ follow up ‘Ceremonials’ and 2015’s ‘How Big, How Blue, How Beautiful’.

Reviewing the band’s most recent record, NME awarded it four stars and described it as “the triumphant sound of a singer reborn”.

If Lamar scores this week’s Number One album, it will be his first since 2015’s ‘To Pimp A Butterfly’. ‘Mr Morale & The Big Steppers’ is his first in five years. In a five-star review, NME described it as a “cathartic, soul-bearing autobiography”.

Welch received a writing credit for Lamar’s record, since the track ‘We Cry Together’ uses a Florence + The Machine sample.

The post Florence Welch on “trying to embody” Nick Cave and Iggy Pop on new album appeared first on NME.