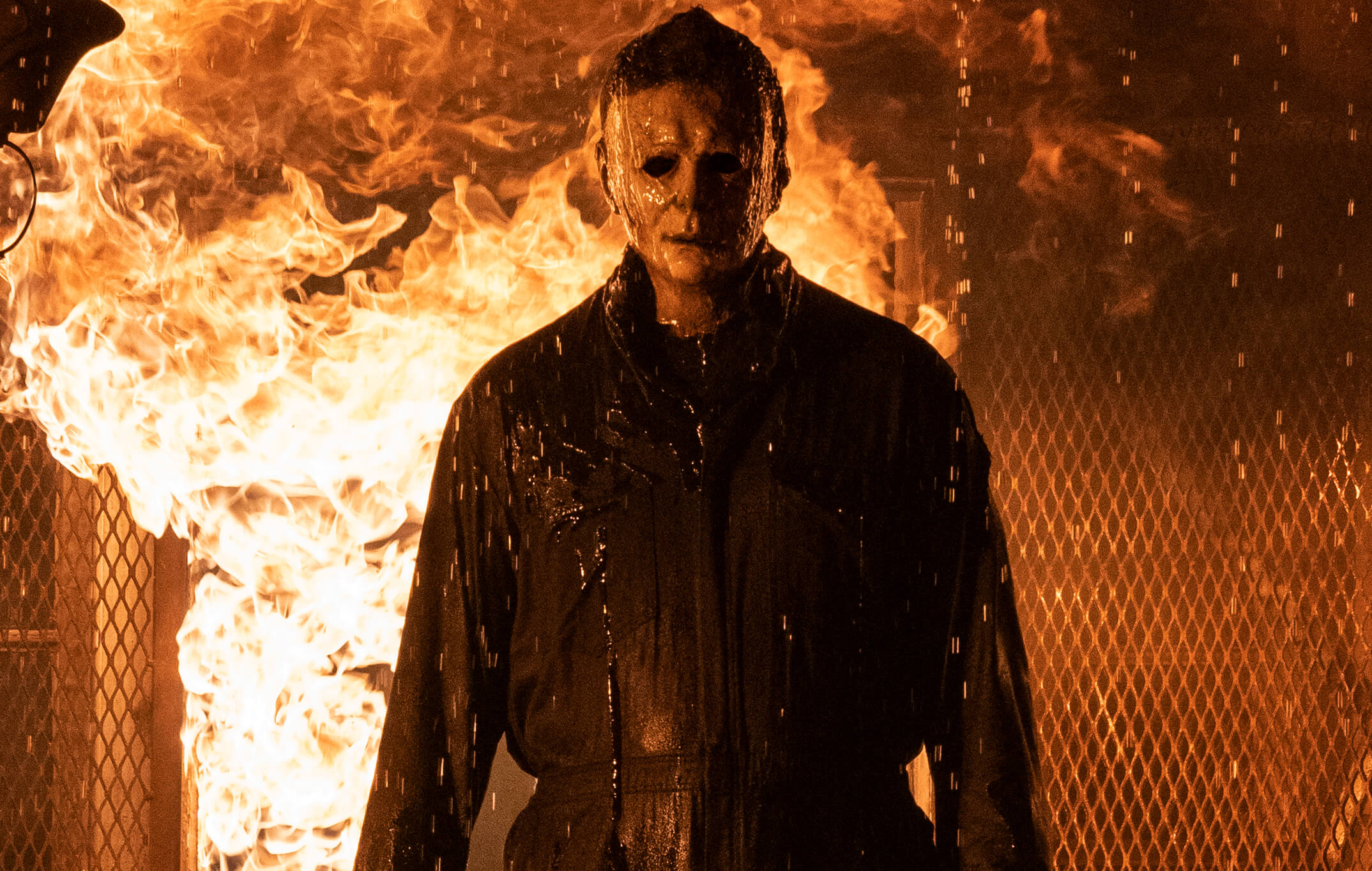 There is only one true “most wonderful time of the year” and it sure as hell ain’t in December. Yes, Halloween is far superior to Christmas – and what better way to usher in the spookiest of holidays than with the return of masked murderer Michael Myers?

Halloween Kills is the 12th entry in the franchise and the second of this reboot trilogy directed by David Gordon Green and co-written by Danny McBride (here joined by Scott Teems). The film kicks off just after the end of the 2018 Halloween, in which now-granny Laurie Strode (Jamie Lee Curtis) appeared to have finally ended Myers by burning him alive in her own house. Suffering a stab wound from Michael, Laurie speeds to hospital in Haddonfield with daughter Karen (Judy Greer) and granddaughter Allyson (Andi Matichak), while Tommy (Anthony Michael Hall) – a child Laurie babysat in the 1978 original film – is on stage at a local bar paying tribute to the people killed all those years ago. But back at Laurie’s home, some efficient firefighters cool the blaze too quickly, allowing Michael to escape and go on another rampage around town slaughtering anyone unwise enough to cross his path.

The trouble with naming your two-word film something “kills” is the expectation that creates. Horror fans want bodies to fall in the murdering sense of the word, sure, but the title also implies that they’re in for a treat. Both are true to an extent. While Halloween Kills features some exceptionally brutal murders fit for any solid slasher film – the firefighter massacre may have caused outrage in the US but it’s exceptionally composed and there’s an eye-gouging scene as good as anything in Game of Thrones – it definitely doesn’t “kill”.

Despite Curtis’ name appearing first after the title, Hall has the most screen time and could be considered the film’s lead. His Tommy is an intense, pugnacious survivor who turns vigilante and riles up residents to take on Michael, regardless of the latter’s superior strength. A hospital sequence late on sees another escaped asylum patient leap to his death after a mob smash their way through the building. It’s probably meant to make a point about America, Trumpian politics and the dangers of mob justice but ends up oddly anti-climactic. There is a further scene in which Michael is savagely assaulted by the townsfolk but that is muddied by its conclusion, which is frustratingly depicted as a possible dream sequence.

Ultimately, Halloween Kills is a bit of a mess. There’s a fun night out to be had filled with gory action and McBride-ian jokes, but for next year’s Halloween Ends, you’d expect a more coherent film and a lot more of Curtis.