Jenna Ortega reveals her most memorable line from ‘Wednesday’ 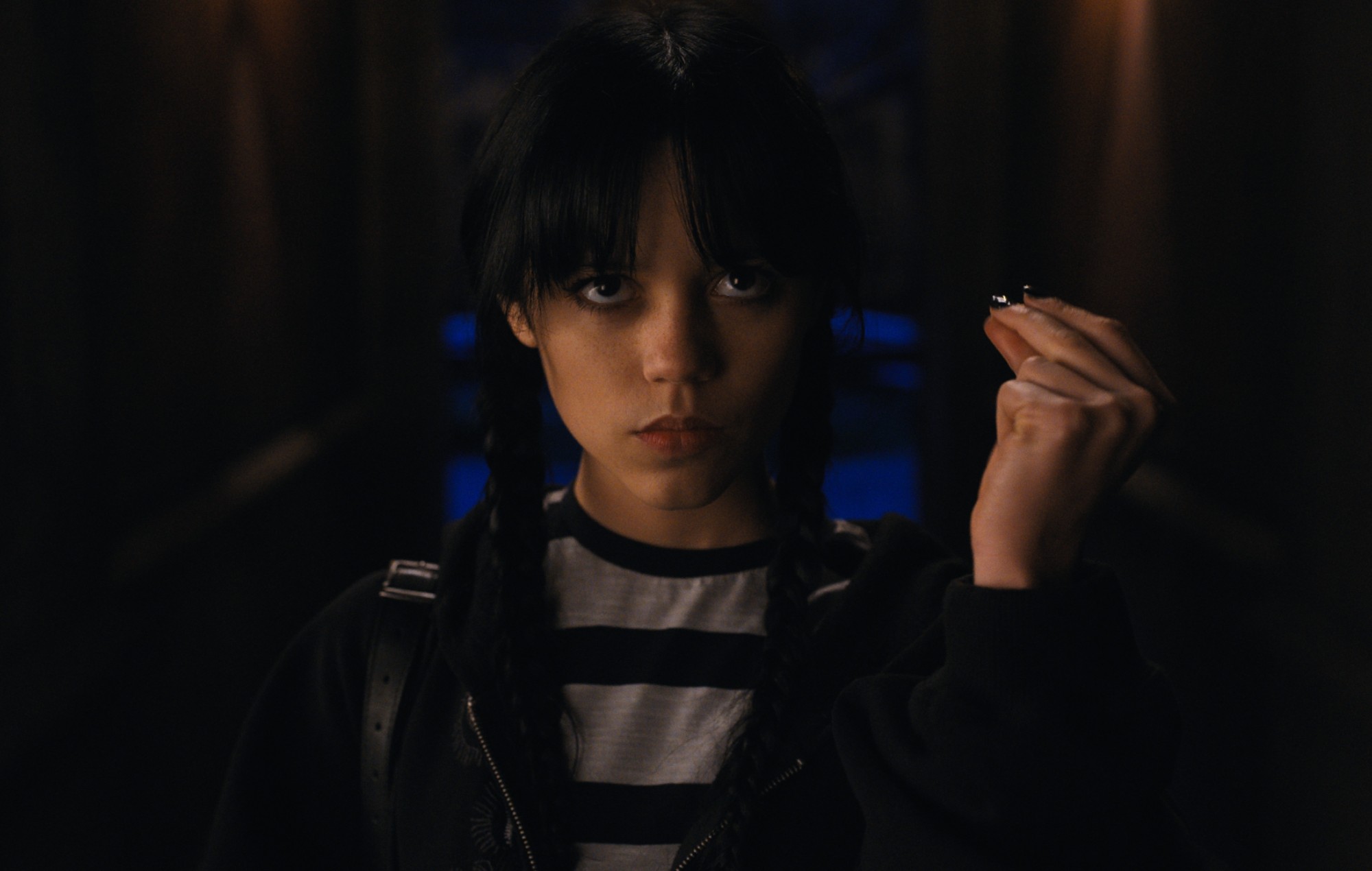 Jenna Ortega has shared the line from Wednesday she’ll remember for the “rest of her life”.

In the first episode of the Netflix series, Wednesday Addams (played by Ortega) meets her roommate Enid (Emma Myers) at Nevermore Academy when her mother, Morticia Addams (Catherine Zeta-Jones), explains that her daughter is “allergic to colour”.

Asked what happens to her by Enid, Wednesday replies: “I break out into hives and then the flesh peels off my bones.”

Speaking to USA Today about first reading the line in the script, Ortega said: “I’ll remember that for the rest of my life. I don’t know, maybe it’s the flesh. It really got me.”

Speaking to NME about taking on the role, Ortega said: “It’s not often that you get the opportunity to play such an iconic character. There were challenges along the way, but we wanted to make this an interesting new version [of Wednesday].

“It was also really wonderful to make her Hispanic. I think that was a really cool decision on Netflix’s part and I’m grateful to have had the opportunity to [give something back to] young girls that look like me because it was definitely harder growing up [without so many on-screen role models.]”

In a four-star review, NME wrote: “If there’s one thing fans of The Addams Family should know before watching Netflix reboot Wednesday, it’s to expect the unexpected.

“Yes, the look – pigtails, pale skin, pinstripes – is similar to the ‘90s classic. Yes, she remains po-faced and prickly. Yes, it’s still set in a creepy mansion. But dip a toe beyond the first few episodes, and you’ll find a very different Wednesday to the one we’ve come to know.”

The post Jenna Ortega reveals her most memorable line from ‘Wednesday’ appeared first on NME.