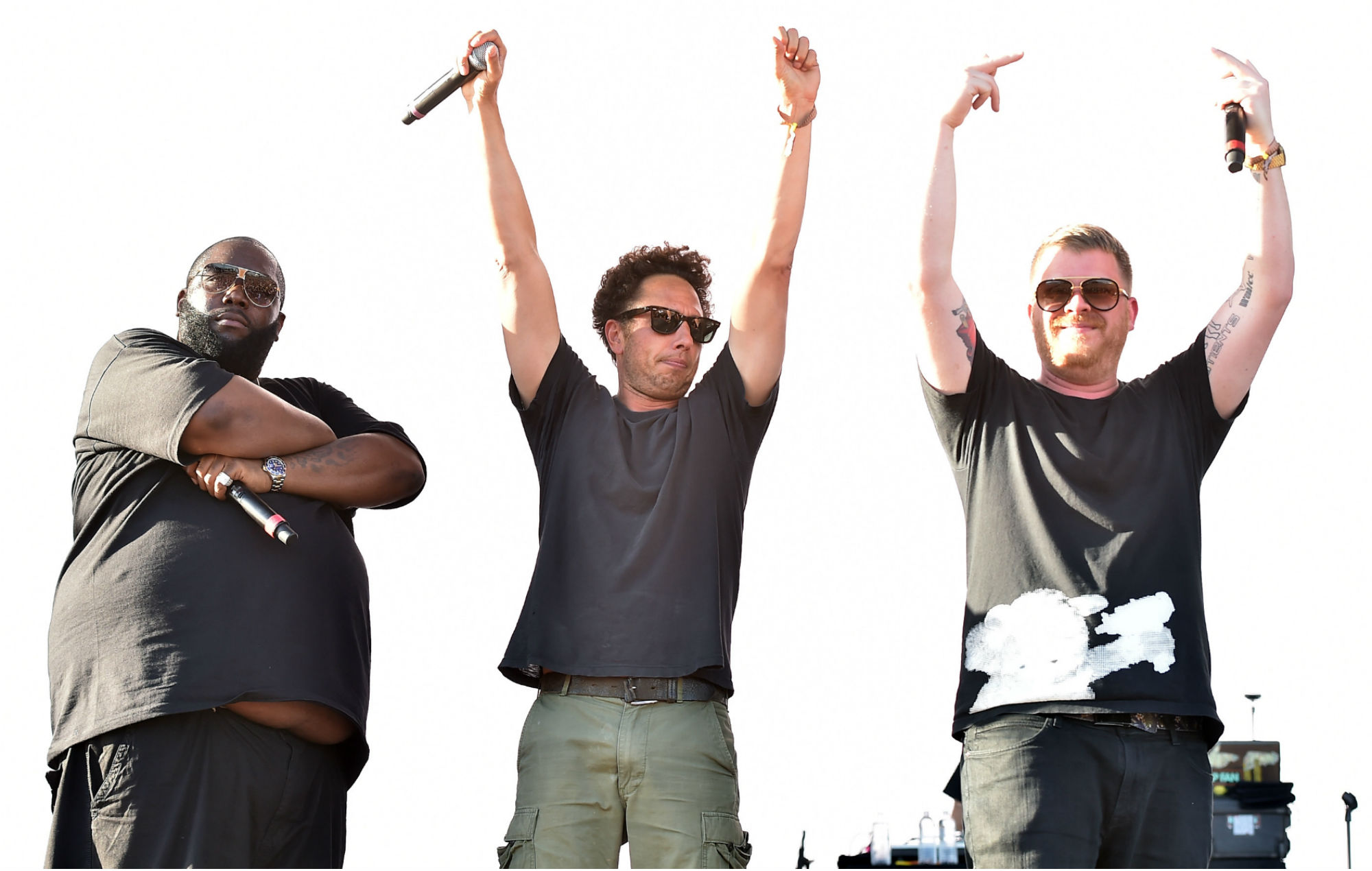 A fan-made mash-up of Run The Jewels instrumentals with Zack de la Rocha’s classic Rage Against The Machine vocals has been given the thumbs-up by RTJ’s El-P — you can listen to the ‘Rage The Jewels’ mix below.

The mash-up follows on from de la Rocha’s recent guest appearance on ‘JU$T’, which features on the duo’s ‘RTJ4’ album. It’s the second time that RTJ and the Rage frontman have collaborated on record following the latter’s feature on ‘Close Your Eyes (And Count To Fuck)’ on ‘Run The Jewels 2’.

SoundCloud producer DJ Skarface has this week shared ‘Rage The Jewels’, a mash-up mix that pairs Run The Jewels instrumentals with De La Rocha’s RATM vocals to imagine what it would be like if the vocalist was a regular contributor to Run The Jewels.

You can hear ‘Rage The Jewels’ below.

El-P appeared to give his approval to the project on Twitter yesterday (June 16) as he tweeted “oh shit” while sharing a link to Skarface’s SoundCloud mix.

Skarface has made a version of ‘Rage The Jewels’ with separated tracks available for free on Bandcamp. A name-your-price download option is also available, with proceeds from the downloads going to the National Lawyers Guild.

Last week saw Rage Against The Machine re-enter the US charts following worldwide protests for racial equality in the wake of George Floyd’s death.