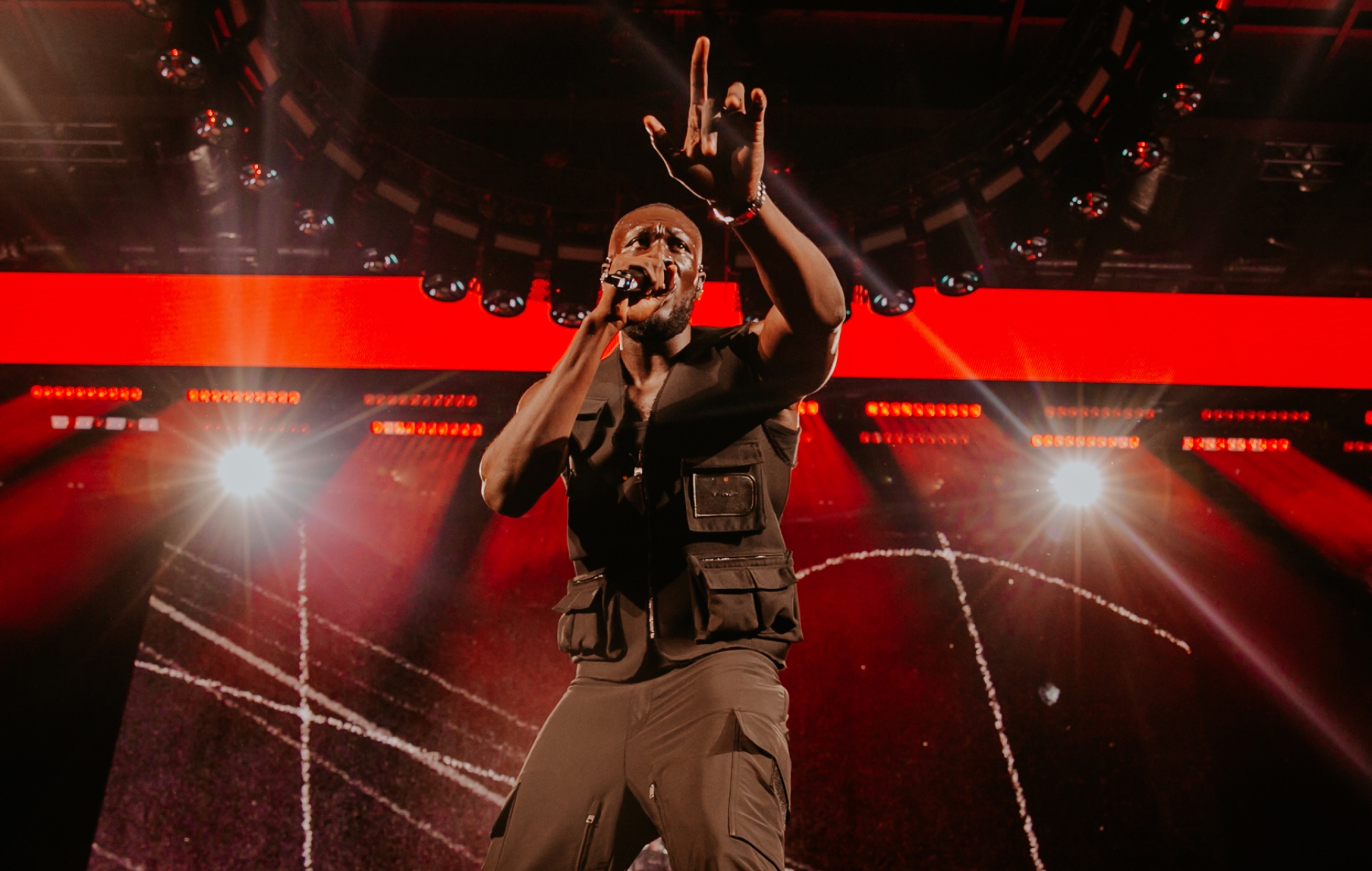 Stormzy has confirmed that his third studio album will arrive this year.

The Croydon MC made the announcement during the first show of his 2022 UK and Ireland arena tour in Cardiff last night (March 13). At one point in the gig, the crowd saw a video consisting of studio shots of Stormzy recording the upcoming LP.

At the end of the footage, the following message was displayed onscreen: “Album 3. Coming 2022.” You can check out the clip in the tweet below.

Per a press release, pre-orders for the as-yet-untitled album are “obtainable first for those attending the UK leg of Stormzy’s ‘Heavy Is The Head’ tour; a personal gesture of gratitude to his loyal and supportive fans who have waited almost two years for the UK shows.”

Fans at the gigs can pre-order the CD format of the record via official merch stands at the venues. Those that do so will receive a QR coded lanyard and the option to buy a limited edition t-shirt.

Stormzy is coming guys ?!? What are we expecting ? pic.twitter.com/GqgB2kUvPA

Stormzy’s second full-length effort, ‘Heavy Is The Head’, came out in December 2019.

His current ‘H.I.T.H World Tour’ continues in Newcastle tomorrow night (March 15) with shows following in Leeds (16), Sheffield (18), Manchester (19) and other cities throughout the month and into April.

You can see the full schedule below – find any remaining tickets here.

The post Stormzy announces his third album at first night of UK and Ireland tour appeared first on NME.