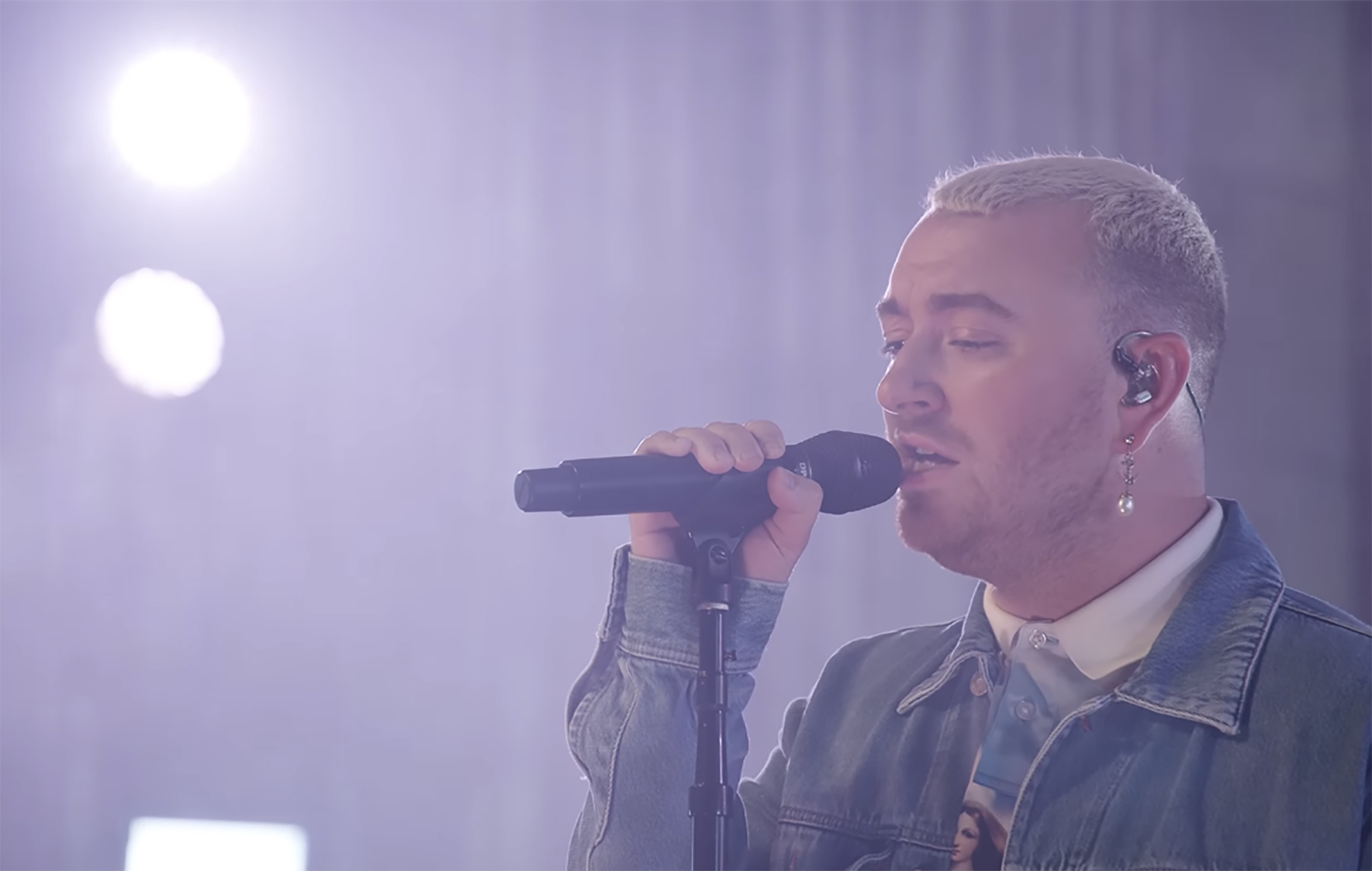 Sam Smith has delivered a sweeping rendition of Sam Fender’s ‘Seventeen Going Under’.

Performed for BBC Radio 1’s Live Lounge programme, Smith’s cover is a slick take on Fender’s gritty anthem. The cover replaces the original’s jangly guitars with an elegant piano, while a wash of rising guitar leads take the place of the original’s bombastic horns, as Smith glides above the support of a 17-piece choir.

Both artists are admirers of one another’s work: on his appearance on the same BBC programme in 2019, Fender delivered an indie-rock flavoured cover of Smith’s ‘Dancing With A Stranger’.

Earlier this March on this year’s BandLab NME Awards, Sam Fender took home Best Album In The World and Best Album By A UK Artist with his second record, ‘Seventeen Going Under’, beating out records by Halsey, Little Simz and Tyler, the Creator.

The album, released last year, followed his 2019 debut effort, ‘Hypersonic Missiles’, and was named by NME as the best album of 2021. In a five-star review, NME’s Thomas Smith praised the album as a “wiser, weightier record stuffed with sax-soaked rock epics that touch on life and death, love and heartbreak, rage and regret”.

Earlier this month, Fender cancelled his remaining North American tour dates for the year to look after his mental health. He was slated to perform in cities including New York City, Portland, Seattle, and Vancouver, alongside a festival set at Las Vegas’ Life Is Beautiful.

“It seems completely hypocritical of me to advocate discussion on mental health and write songs about it if I don’t take the time to look after my own mental health,” he wrote in an Instagram post.

Meanwhile, earlier in September, Smith teamed up with Kim Petras’ synth-heavy track ‘Unholy’. Smith shared that making the track ranked amongst one of their most “glorious creative moments” as an artist.

Sam Smith’s most recent album was their third record ‘Love Goes’, which dropped in October 2020.