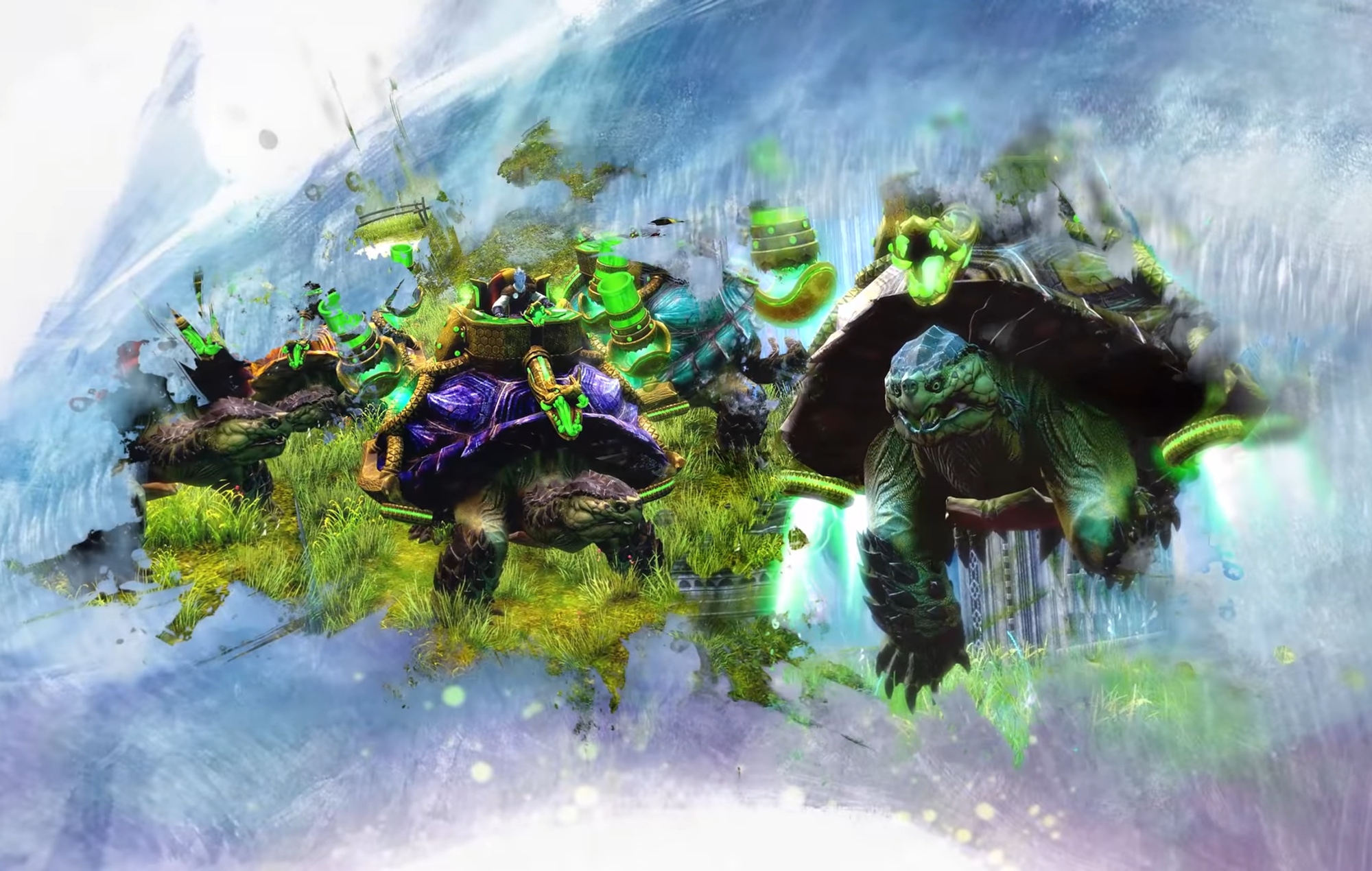 The latest beta for ArenaNet’s MMORPG Guild Wars 2 gives players a taste of an impressive new mount that will be arriving in next year’s expansion – a giant, two-seater Siege Turtle with mounted cannons.

The Siege Turtle will be making its full appearance in End of Dragons, a major add-on to the game that’s set to launch in February 2022. However, the current beta build, running until December 4 (thanks, PCGamesN) will allow players to get an early feel for the impressive mounts.

Players will be able to raise their Seige Turtle from a hatchling, and once fully grown arm it with cannons powered by jade technology and a twin-seater cockpit. You’ll also be able to use jump jets to briefly launch your turtle through the air, either to overcome rough terrain to to slam attack enemies.

There seem to be a host of nerdy nods at work with the Siege Turtles, with the giant cannons emerging from their shells evoking Pokémon’s Blastoise, while the flight mechanic seems like a reference to cinematic kaiju Gamera. They’re also one of the most imaginative mounts to be found in an MMO, so will likely be extremely popular with Guild Wars 2 players.

The beta will also let players experiment with new Elite Specialisations for characters, which can be seen below:

New or existing Guild Wars 2 players can take part in the beta by following the instructions here. Once a beta character has been created – existing characters can’t be dropped into the beta, unfortunately – players will start off at level 80 in the city of Lion’s Arch, with a full build, specialisation, and relevant gear equipped.

Most importantly, the Siege Turtle mount can then be summoned anywhere in the open world by clicking the ‘mount summon’ slot at the very end of the in-game skill bar. Players will want to enjoy their turtle power while they can though – once the beta ends at 10pm PT on December 4 (6am GMT December 5), their beta characters and any progress will be deleted.