It was founded in 1994 by Markus Stock and Andreas Bach, but later many other participated.

We had a little chat with Markus before Empyrium’s reunion with their fans in Istanbul, Turkey September 7th and 8th.

1-Where do you usually get the ideas for the songs and lyrics?

Inspirations come from deep within ourselves. Also nature has always played a huge role for Empyrium. Also we are of course inspired by other music too and also poetry play a big role.

2-What took you so long to make your latest studio album?

After our 4th album „Weiland“ we quite Empyrium in 2002. Only in 2010 we reunited and started writing music for our 5th album „The Turn Of The Tides“ – this is why it took so long.

3-You have both German and English songs. Which do you prefer making more?

It always depends on the setting of the song. The more folkloristic songs work very well with the German lyrics since they tell about German myth and fairy tales and German nature. The more romantic songs are often heavily inspired by British romantic literature by Lord Byron or Shelley or Keats and naturally I think they work better with English lyrics. 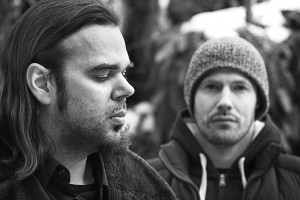 4-Why did you replace violins for flute?

The original flute player Nadine (who is my wife by the way) is not very interested in playing live and since I knew the violin player Aline from her work with her band Neun Welten and really liked her playing I thought we give it a try to replace the flute with the violin and what can I say – I think it works really well in a live setting.

5-Seemingly the fans enjoyed the early albums better. Will you go back to making music the way you used to back in the early days?

We are working on new songs since over a year already and yes there will be some songs/parts reminiscent of earlier Empyrium works.

6-Do you prefer making studio albums or be on tour and play live?

100% Studiowork. I am working as a record producer as a dayjob for other Metal bands from all over Europe and I always loved the creative process. I like playing live too and I absolutely enjoy sharing the emotions with the audience in a live setting. But I see myself much more as a composer than a performer,

7-Did you know you got a lot of fans in Iran? And have you listened to any rock bands from here?

Yes, I know we have a big following in Iran and I am grateful and amazed that some of the music that I composed when I was 16-18 (first two albums) years old made it that far. Deeply grateful for that!

8-You’re playing Istanbul September 7 and 8 (Where many Iranian fans will show up) Is it your first time playing there? And will there be an opening act for the shows?

We already played in 2016 two concerts in Istanbul. Probably two of the most memorable shows we ever played for our Turkish and Iranian fans. That‘s why we were really glad we got invited one more time this year to celebrate again our hymns to melancholy with our friends from Turkey and Iran! 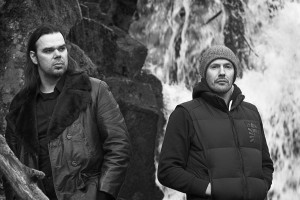 9-What music labels have you worked with so far?

10-Have you ever looked into the audience and see something funny that made you laugh?

I’ve seen a lot of things from stage. Funny (fails) and disturbing (fights) stuff. But I better keep this to myself…hehe

11-Is there anything else you wish to say?

Hail to our Fans from Iran! We know about you and we are deeply gratful for all the support over the years! Thank you so much!